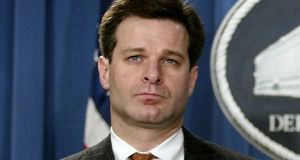 Christopher Wray, Donald Trump’s nominee for FBI director, headed the department of justice’s criminal division during the Enron scandal. If confirmed by the Senate, Mr Wray will leave behind a lucrative practice at the Atlanta law firm of King & Spalding.

His white-collar defence practice has included Chris Christie, a Trump ally, when the New Jersey governor was accused of causing a traffic jam on a Hudson River bridge to punish a political opponent.

Among his clients, Mr Wray represented Credit Suisse when, in 2014, it became the first big bank in more than 20 years to plead guilty to criminal wrongdoing for helping Americans evade paying US taxes. At the time, department of justice (DoJ) officials pointed to not only the “brazen” misconduct inside the bank but its “shamefully inadequate” internal investigation.

“It did not respond properly. It allowed documents that could help our investigation to be destroyed,” said James Cole, then the deputy attorney-general. “The business continued for a while at Credit Suisse and it didn’t really co-operate in our investigation,” he added.

Nevertheless, the selection of an experienced law enforcement official in Mr Wray was welcomed both on Capitol Hill and within the FBI, where the prospect of a more political choice had stirred concern. The president opted for him only after flirting publicly with alternatives such as senator John Cornyn and former senator Joe Lieberman.

“He’s an outstanding pick, a person of unquestioned integrity,” said David Higbee, a partner at Hunton & Williams, who worked with Mr Wray at the justice department. “He will not approach the job as a politician.”

From 2003 to 2005, Mr Wray headed the criminal division at the department of justice, where he led the Enron prosecution after serving as principal deputy to the agency’s second-highest official. Earlier, he was a federal prosecutor in Atlanta.

Michael Chertoff, who preceded Mr Wray as criminal division boss, praised him as an experienced lawyer who understood the counter-terrorism challenge from his time at DoJ following the attacks of September 11th, 2001. “He’s a good pick,” said Mr Chertoff.

Samuel Buell, a former prosecutor who worked on the Enron task force before Mr Wray, struck a note of caution. “This is an appointment of a solid, experienced lawyer,” he said. “But not at the level of seniority or gravitas you would have expected for FBI director, especially at a time of crisis.”

Democrats will investigate Mr Wray’s involvement in the controversies that swirled around the Bush-era department of justice. While heading the criminal division, Mr Wray sent and received numerous memos dealing with the government’s use of harsh interrogation techniques on terrorism suspects, according to the American Civil Liberties Union’s online torture database, which contains records released under the Freedom of Information Act.

“Is there anything in his record?” said Matthew Miller, an Obama administration DoJ official. “He was at the Bush justice department during some pretty rocky times.”