Tory MPs not to face charges over election expenses 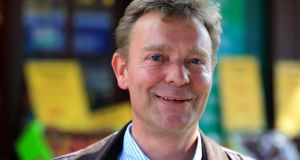 Conservative MPs who were being investigated over election expenses will not face criminal charges, although one case relating to South Thanet in Kent remains under consideration.

The Crown Prosecution Service (CPS) said it had examined files from 14 police forces who were looking at MPs visited by a Conservative battle bus during the 2015 election campaign.

Nick Vamos, the CPS head of special crime, said: “By omitting any battle-bus costs, the returns may have been inaccurate. However, it is clear agents were told by Conservative party headquarters that the costs were part of the national campaign and it would not be possible to prove any agent acted knowingly or dishonestly. Therefore we have concluded it is not in the public interest to charge anyone referred to us with this offence.”

He added: “Although there is evidence to suggest the returns may have been inaccurate, there is insufficient evidence to prove to the criminal standard that any candidate or agent was dishonest.”

The CPS said that to bring a charge there must be evidence that a suspect knew the return was inaccurate and had acted dishonestly. The issue related to the cost of the bus not being declared in local returns.

However, the CPS said it was still considering another case relating to the election in South Thanet, where the Conservative Craig Mackinlay beat the then Ukip leader, Nigel Farage. Kent police handed over files to the CPS later than other forces.

“No inference as to whether any criminal charge may or may not be authorised in relation to this file should be drawn from this fact and we will announce our decision as soon as possible once we have considered the evidence in this matter,” added Vamos.

The Conservative party chairman, Patrick McLoughlin, said: “After a very thorough investigation, we are pleased that the legal authorities have confirmed what we believed was the case all along: that these Conservative candidates did nothing wrong. These were politically motivated and unfounded complaints that have wasted police time. We are glad that this matter is finally resolved.”

He claimed that “false and malicious claims continue to be spread on the internet”.

“People should be aware that making false claims about a candidate’s personal character and conduct is an electoral offence, as well as being defamatory,” he said.

“Notwithstanding these false claims, Conservatives want to strengthen election rules to safeguard electoral integrity – in light of the real and proven cases of electoral fraud exposed in Tower Hamlets in 2015.”

Reacting to the announcement at Labour’s education policy launch in Leeds, Jeremy Corbyn said he was “interested and surprised”. He said the Electoral Commission and the CPS were independent, but election laws “must be enforced so that money can’t buy power”.

The Liberal Democrat leader, Tim Farron, said: “The observation I would make of the Conservative party is it appears to have stayed the right side of the law by the letter of it, but has driven a battle bus and horses right the way through the spirit of it. It’s a shame, in one sense. It would appear there is a cloud hanging over British politics.”

One of the MPs cleared by the CPS, Karl McCartney, who represented Lincoln in the last parliament, launched an angry attack on the Electoral Commission, claiming he and colleagues had been a victim of a “witch hunt” by the organisation, and that the next government should consider abolishing it.

He said: “It is clear that those who lead the Electoral Commission who followed and allowed this action to take place are politically motivated and biased – actions that have rendered this organisation wholly unfit for purpose.” – (Guardian service)