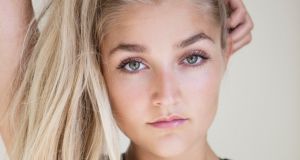 The daughter of Holby City and former Coronation Street actor John Michie has died at a music festival in the UK.

Police at Bestival, a four-day event, were alerted just before 1am on Monday to concerns for the welfare of Louella Michie (25) from London.

Following a search, her body was discovered in a wooded area on the edge of the site in Lulworth, Dorset.

A 28-year-old man from London has been arrested on suspicion of murder.

Dorset Police said he had been arrested “to enable officers to conduct an interview under caution to help establish the full circumstances”.

Detective chief inspector Sarah Derbyshire said: “Following the discovery of the woman’s body, we have now launched an investigation into her death.

“We have specially trained officers supporting her family at this very difficult time.

“Inquiries are now under way to establish how she died. A post-mortem examination will be carried out in due course and this should give us more of an indication as to the cause of her death.

“We are working closely with the festival organisers and I would appeal to anyone with any information about the incident to contact Dorset Police.”

Mr Michie said his daughter’s death was a “tragic accident”.

The 60-year-old told the Sun that the family had “lost an angel”, but that the death Louella Michie was “not murder”.

He told the paper: “We’ve lost our angel. It’s not murder — they were friends. It was just a tragic mistake, a tragic accident.

“She touched so many lives. She was so very positive, so bright, so out there. She had such energy. The tributes to her have been incredible.”

In a statement, Michie’s agent said: “Sadly, I can confirm the tragic death of John Michie’s daughter Louella at Bestival.

“John and his wife Carol ask that the privacy of their family be respected at this traumatic time.”

In a statement, Bestival said: “Following the announcement, the team at Bestival are devastated to hear about this tragic news.

“We continue to support the police in their ongoing investigation and our thoughts and prayers are with all the woman’s family and friends.”

Festival founder Rob da Bank tweeted a link to the statement, which was posted on the festival’s Facebook page.

The DJ and his wife Josie organise the festival, which took place for the first time on the Lulworth Estate in Dorset this year.

Michie, 66, played Karl Munro in Coronation Street from 2011 to 2013, having starred as Detective Inspector Robbie Ross in drama series Taggart from 1998 to 2010.

He has two other children, Daisy and Sam.