Britain’s journey away from Rees-Moggery has only just begun

UK Politics: Brexit conservatives have stolen a battle in a war already lost 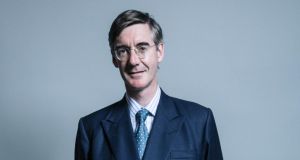 So of the times and so behind them, Jacob Rees-Mogg has lived a paradox this summer. The Conservative MP’s refusal to apologise for his high birth turned the Marie Antoinette of the Westminster backbenches into a semi-serious candidate for national leadership. Betting exchanges made him second favourite to succeed the British prime minister, Theresa May, as leader of the Tories.

Authenticity, the stardust of this political age, is what qualified him as a contender, and authenticity is what threatens to scuttle his chances. Last week Rees-Mogg said that he opposed same-sex marriage, and abortion, even in cases of rape. This horrified audiences that used to cherish him as previous generations cherished Oliver St John-Mollusc and other spoof aristocrats from Monty Python. His calm response was to quote the doctrine of the Catholic Church.

If his moment has passed he is entitled to more hurt than he seems to feel. Voters say they want authenticity in their politicians, and nothing is more authentic than a personal commitment to religion as the wider culture renounces the stuff.

Seventy-one per cent of British 18- to 24-year-olds have no religion, and just 3 per cent identify with the Anglican church

That renunciation is measurable. Rees-Mogg spoke out in the same month as the British Social Attitudes survey found that 53 per cent of people professed no religion, up from 31 per cent in 1983. That absolute majority, itself a first, cloaks some details that point to the eventual death of God on British shores.

Seventy-one per cent of 18- to 24-year-olds have no religion, and just 3 per cent of that age group identify with the Anglican church that constitutes the established creed of the realm. Attitudes to homosexuality, sex before marriage and almost all moral questions are continuing their liberal drift.

Other surveys and voting patterns record the young’s relative ease with Europe and immigration, too, as well as an open-mindedness on matters of gender that can flummox those of us who are only slightly older. People are liable to harden with age, but it would take some dramatic midlife conversion to arrest Britain’s general trend away from Rees-Moggery.

There is a lesson here for liberals. At the level of electoral politics it can seem that their cause, and the Enlightenment itself, are under serious threat from the forces of reaction. At the deeper level of demographic change the threat is a paper tiger. The vote for Brexit and the subsequent year-long victory lap are as good as things will get for traditional conservatives in their lifetimes. The smarter among them know they are living through a blip, not the start of a new settlement. They have stolen a battle towards the end of a losing war.

There was an elegiac feel to the Europe referendum even at the time: old people voting more as a final act of defiance against social change than in serious hope of restoring the slow, ordered and, yes, religious nation of their youth. Demographics will not allow conservatives to move Britain even a little bit in that traditional direction after Brexit. If anything their challenge is to hold the line against an eventual return to European Union membership as these voters die and the ideological centre of the country creeps if not to the left or to the right then to what is now disparaged as the metropolitan.

Those who have soured on Rees-Mogg deserve no pity. They were happy to buy into him as a curio from the past until he turned out to have the corresponding views

Those who have suddenly soured on Rees-Mogg deserve no pity. They were happy to buy into him as a curio from the past until he turned out to have the corresponding views. They might take politics more seriously next time. For now the minority status of his views does not prove them wrong. It certainly does not make them illegitimate. But they are being eclipsed by the mere passage of time, without his critics having to do anything.

Politics is downstream of social change, not the other way round. Liberals, spooked by their electoral defeats in recent years, lose themselves in conjecture about a new party and the search for a leader to avenge their losses. These efforts are reasonable and may come to something.

But the real fight is, so to speak, out there, in the real world of birth rates, death rates, disrupted family structures, the atomisation of people through technology, new patterns of work, geographic mobility, cultural exposure to the outside world and other impersonal processes that change underlying social attitudes over time.

On that terrain liberals are rampant. It will show up in electoral outcomes in the future, by which time conservative aristocrats will still have to make do with a niche role in public life as artefacts wheeled out to amuse a hypermodern Britain. Short-term despair, long-term exuberance: it is a hard attitude to master, but for liberals it is the right one.