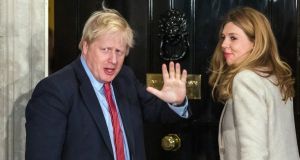 The announcement means the Conservative Mr Johnson, who took office in July and won a decisive election victory in December, will become the first British prime minister to marry in office for 250 years, the Telegraph newspaper said.

A spokesperson for the couple said: “The Prime Minister and Miss Symonds are very pleased to announce their engagement and that they are expecting a baby in the early summer.”

Ms Symonds, a conservationist and former Conservative Party communications chief, first found herself making headlines when she was romantically linked to Mr Johnson earlier in 2019.

But her association with Mr Johnson dates back to when she worked on his successful re-election bid at City Hall in 2012.

Mr Johnson’s union with Miss Symonds will be his third marriage.–PA/Reuters