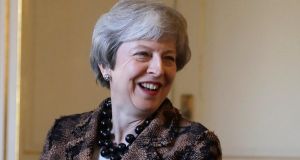 UK prime minster Theresa May has told MPs that changes to the Northern Ireland backstop hold the key to securing a majority at Westminster for a Brexit deal.

She declined to rule out seeking changes to the text of the withdrawal agreement and has dropped her assertion that any such agreement will include a backstop – an agreement between the EU and the UK that there will be no return to a hard border on the island of Ireland.

In a statement to the House of Commons on Monday, Mrs May said consultations with MPs from all parties showed that the backstop was the main cause of concern.

“Despite the changes we have previously agreed, there remain two core issues: the fear that we could be trapped in it permanently; and concerns over its potential impact on our union if Northern Ireland is treated differently from the rest of the UK,” she said.

“So I will be talking further this week to colleagues – including in the DUP – to consider how we might meet our obligations to the people of Northern Ireland and Ireland in a way that can command the greatest possible support in the House. And I will then take the conclusions of those discussion back to the EU.”

Before MPs rejected her Brexit deal last week, the prime minister insisted any withdrawal agreement would require a backstop and that “no backstop simply means no deal, now and for the foreseeable future”.

On Monday, she said there were “a number of options”, and her official spokesman declined to say she continued to believe that any withdrawal agreement would include a backstop. “We set out our commitment to the people of Northern Ireland to ensure there is a no hard border and we absolutely stand by that,” the spokesman said.

Downing Street declined to comment on a proposal from Polish foreign minister Jacek Czaputowicz that the backstop could have a time limit of five years.

Mr Czaputowicz claimed London and Dublin were “playing chicken” over the Border and risked a “head-on collision” in which Ireland stood to “lose the most”.

Tánaiste Simon Coveney and German foreign minister Heiko Maas were quick to reject his proposal as unacceptable. “Putting a time limit on an insurance mechanism – which is what the backstop is – effectively means it is not a backstop at all,” Mr Coveney said.