Sanctions brought against 17 Saudi officials over murder of the journalist 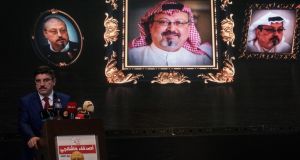 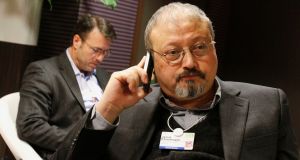 Saudi Arabia has absolved Crown Prince Mohammed bin Salman of any blame in the killing of Jamal Khashoggi but admitted that the veteran journalist was drugged and his body dismembered.

As it struggles with its biggest diplomatic crisis in years, Riyadh said on Thursday that it was seeking the death penalty for five of 11 suspects charged in connection with the killing in the kingdom’s consulate in Istanbul last month.

The state prosecutor said a team of Saudi officials were sent to the diplomatic mission on October 2nd with the goal of negotiating with Khashoggi and convincing him to return to the country. But a fight broke out between the team and the journalist, who was injected with a sedative and given an overdose that caused his death.

Khashoggi’s body was then cut into pieces and moved outside the consulate with the help of a collaborator, said Sheikh Shalaan al-Shalaan, the deputy attorney-general.

Western politicians and diplomats doubt that any operation against Khashoggi could have been authorised without the consent of Prince Mohammed, who is the kingdom’s de facto leader and has mounted a sweeping crackdown against critics and rivals.

But Mr Shalaan said Prince Mohammed had no knowledge of the operation and was given a misleading report about what happened in the consulate.

The suspects charged with the killing were not named. The deputy attorney-general said a former royal adviser discussed Khashoggi with the team before it was deployed to Istanbul, briefed them about the journalist and said he had suspicions he had been in contact with hostile organisations and states.

When asked about Mr Qahtani, Mr Shalaan said the former adviser was banned from travel and remained under investigation.

Mr Qahtani was one of Prince Mohammed’s most trusted loyalists and was widely viewed as the crown prince’s enforcer. Mr Assiri was an adviser to the crown prince and, before being appointed deputy head of intelligence, served for two years as spokesman for the kingdom’s military intervention in Yemen, which has been spearheaded by Prince Mohammed.

When Riyadh finally admitted last month, after weeks of denials, that Khashoggi was killed in the consulate, it sought to blame the murder on a “rogue” operation. But its explanation was treated with widespread scepticism and western powers have increased pressure on the Saudi authorities to provide more details.

Turkey has insisted it was a premeditated murder carried out by a 15-man Saudi hit squad, and criticised Saudi Arabia for not co-operating with its investigation.

Mevlut Cavusoglu, Turkey’s foreign minister, said on Thursday that he did not find the Saudi statement “satisfactory”.

“They are saying that this individual was killed because he resisted their [efforts] to bring him back to their country. But this murder was planned in advance,” Mr Cavusoglu said in comments broadcast on Turkish television. “They said the body was dismembered after he was killed. This was not a spontaneous thing. People and devices were brought to dismember that body.”

He also noted that it was still not known what had happened to Khashoggi’s body.

“Those who gave the orders, the instigators must be revealed. This should not be finished up like this,” Mr Cavusoglu said. On Wednesday, he called for an international inquiry into the killing, signalling Turkey’s frustration with the pace and scope of the Saudi investigation.

Mr Shalaan said the five Saudis charged with the killing had confessed and their testimony had been corroborated. He added that a total of 21 suspects were being held in connection with the case as the investigation continues.

Khashoggi was one of the Middle East’s most prominent journalists but left Saudi Arabia in 2017 as Riyadh intensified its crackdown on critics, jailing bloggers, academics, clerics and activists. In the US, he used a column in the Washington Post to criticise the direction Saudi Arabia was taking under Prince Mohammed’s leadership.

The US Treasury has sanctioned 17 Saudi officials over the killing, freezing their US assets and preventing their companies from trading in the US.

Those hit by the sanctions include Mr Qahtani. The US said Mr Qahtani planned the execution of Khashoggi, which was allegedly co-ordinated by his subordinate Maher Mutreb.

Steven Mnuchin, the Treasury secretary, said the officials “targeted and brutally killed a journalist who resided and worked in the United States” and “must face consequences for their actions”.

“The United States continues to diligently work to ascertain all of the facts and will hold accountable each of those we find responsible in order to achieve justice for Khashoggi’s fiancée, children, and the family he leaves behind,” he added. – Copyright The Financial Times Limited 2018 and Rueters