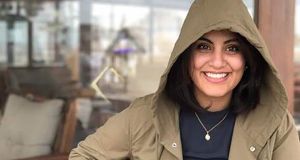 The G20 summit hosted by Saudi Arabia this weekend has been hijacked by the coronavirus pandemic and will be held virtually, with talking heads addressing each other from distant capitals across the globe.

The first G20 meeting staged by an Arab country, the summit was meant to showcase Riyadh’s reform programmes and rehabilitate the kingdom after the disastrous impact on its image of the 2018 assassination of dissident Saudi journalist Jamal Khashoggi.

Although officially hosted by King Salman, his son, crown prince Mohammed, the de facto ruler who stands accused of ordering the murder, is expected to be the star of the event to reap public relations benefits from direct contacts and photo-opportunities with leaders of the industrial powers and their guests.

US secretary of state Mike Pompeo will, however, be in Riyadh during the summit.

The original themes of empowering people, safeguarding the planet and shaping new frontiers through innovation and technology have been replaced with “protecting lives” and “restoring growth”, both in the context of the pandemic.

Ahead of the summit, organisers announced the G20’s coronavirus response: its members contributed $21 billion (€17.7 billion) to produce, distribute and provide access to diagnostics, therapeutics and vaccines; injected $11 trillion into the “global economy”; and deferred $14 billion in debt payments of the poorest countries.

Critics and human rights organisations have called for leaders to either boycott the summit or demand an end to Saudi human rights abuses. The Saudis had hoped to silence critics by imprisoning eight men for between seven years and life for the killing of Khashoggi in the Saudi consulate in Istanbul, but the crown prince has neither been held accountable nor been deterred by condemnation from detaining scores of clerics, academics, businessmen, princes, journalists and activists.

In the run-up to the summit, London-based Saudi rights organisation ALQST launched a campaign to “highlight how the Saudi authorities violate a variety of the most basic human rights” and urged international NGOs to “place human rights at the centre of all G20 discussions”.

In an interview with France 24, Alia al-Hathloul called for the release of her sister, Loujain al-Hathloul, who has been on hunger strike since October 26th. She was detained in May 2018 along with a dozen women campaigning for the right of women to drive – which was granted a month later – and for the scrapping of male guardianship of women from cradle to grave.

Amnesty International’s deputy regional director Lynn Maalouf called on G20 leaders to “use this summit as an opportunity to stand up for the brave activists whose genuine commitment to women’s empowerment has cost them their freedom”.

Human Rights Watch castigated the G20 for conferring its presidency on Saudi Arabia “despite its unrelenting assault on fundamental freedoms, including jailing and harassing dissidents [and] unlawful attacks on civilians in Yemen” while waging war on their country.

Despite reports that Riyadh seeks an end to this widely condemned conflict, there is no let-up in fighting. Oxfam reports that G20 states have sold Saudi Arabia $17 billion in arms while providing one-third of that sum for humanitarian aid to the Yemeni war’s victims.