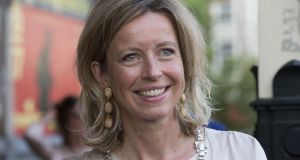 The new Dutch government has accused Russia of attempting to influence public opinion in the Netherlands by spreading fake news, and says it plans to open talks with social-media companies about how to counter “clandestine political influence”.

The claim comes in a written briefing to MPs from home affairs minister Kajsa Ollongren, who says the country is being “monitored” by Russia’s security services who are constantly in search of opportunities to undermine it in ways that are “easy, anonymous, fast and cheap”.

The minister – who is also deputy prime minister in the new Liberal-Christian Democrat-D66-Christian Union coalition, which took office last month – indicated, too, that Russia was not the only country involved in such destabilising practices.

“We know what Russia is up to, but we should not assume that Russia is the only one,” she told parliament in the three-page briefing. However, she gave no indication as to who the other states might be.

Ms Ollongren’s briefing was strikingly similar to comments by British prime minister Theresa May on Tuesday, when she accused Russia of meddling in elections, planting fake stories in the media and attempting to “weaponise information” in order to sow discord in the West.

The Spanish government also warned the EU’s Foreign Affairs Council on Monday about what it says is Russian interference in the bitter debate about Catalan independence, which has plunged the country into its worst political crisis since the return of democracy in the 1970s.

Ms Ollongren gave several examples of alleged Russian interference in the Netherlands. The first was an attempt to influence public opinion about the circumstances surrounding the shooting-down three years ago of Flight MH17, in which 196 of the 298 passengers and crew were Dutch.

One way in which this had been done, she revealed, was through a fake website, which had been designed to look as if it belonged to an official Dutch organisation but was packed with incorrect information about the attack and the investigations that followed.

In addition, the minister said, Russian cyberattacks persistently targeted Dutch companies, while Russian agents on the ground were collecting information aimed at influencing decision-making – both of which were warned about by the Dutch security service, AIVD, earlier this year.

There were also claims in February that opponents of closer ties between the EU and Ukraine used a group of emigrées with Russian sympathies to try to tilt Dutch public opinion towards a No vote in the referendum on the EU-Ukraine Association Agreement – which was, in fact, rejected in 2016.

Much of this malign influence was being exerted through social media, Ms Ollongren said. This meant it was imperative for the new government to engage with technology companies, such as Facebook, Twitter and Google, and to ensure that society was aware of the “digital threat”.

“Both the mainstream media and technology companies have important roles to pay in ensuring that Dutch society is not manipulated, and that we find effective means to counter clandestine political influence.”