As the Dutch crime rate plummets, the country is ‘importing’ inmates from abroad 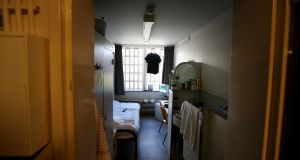 Why is it that while many European countries are struggling with overcrowded prisons, in the Netherlands the problem is the opposite: crime is falling, jails are closing, and, in a bid to prevent huge jobs losses in the penal system, cells are being rented out en bloc to other countries?

It’s a measure of the Dutch “undercrowding” crisis that, in September 2016, the first 240 Norwegian inmates arrived at leafy Norgerhaven prison, two hours north of Amsterdam, looking forward to quiet individual cells – instead of the crowded, stressful and frequently violent conditions at home.

“It’s a very cushy prison, very pleasant,” Kenneth Vimme, who is serving a 17-year sentence for murder, told Norwegian television. The only downside was that he had fewer TV channels than in Norway and, because it’s expensive to travel, he doesn’t see his family as often.

Other than that, he said, his message to the 1,000 or so prisoners back home who have expressed an interest in transferring to the Netherlands was: don’t hesitate, go for it.

It wasn’t always this way. The turning point was in 2004-2005, when improved drugs screening at Schiphol airport, combined with 100 per cent passenger checks on “cocaine highway” flights from the Dutch island of Curacao in the Caribbean, led to a sharp peak in arrests, then a sharp fall-off.

Staunching the flow of drugs through Schiphol allowed the Dutch to largely ignore “soft” drugs at home, and to focus on rehabilitation rather than punishment for users of harder alternatives, such as cocaine and heroin – redirecting police resources to combating people trafficking and terrorism.

In addition, a 2008 report for the justice department showed that electronic tagging, which allows criminals to re-enter the workforce after conviction, reduced the reoffending rate by up to half compared with traditional, hugely costly incarceration. The economics spoke for themselves.

The net result is that crime in the Netherlands has been falling since 2005. In 2011, for example, there were 167,100 criminal cases logged, 13 per cent fewer than the previous year.

Dutch prisons have been closing as a result. In 2009 the first eight closed. In 2013 an extraordinary 19 closed. It was proof, some said, that there had been too many jails in the first place, conveniently forgetting that a few years before they had been full.

Five more were due to close in the second half of this year, with the loss of 2,000 jobs, only 700 of which will be absorbed into the wider public service. Hence the government’s drive to “import” inmates from abroad and avoid a backlash from prison officers’ unions.

There are sceptics, however. A report prepared for the new government, but leaked some months ago before it could get that far, suggests that – despite claims that the Netherlands is now the safest country in Europe – as many as 3.5 million crimes go unreported every year.

It said that willingness to report crimes had fallen 23 per cent over the past decade, prompted to no small extent by the fact that many of the reports that were made never resulted in any action.

On the other hand, while relatively minor crimes are falling, the number of murders is rising due to a boom in gangland killings: 108 so far this year, outstripping the 2016 total by the middle of September.

So, murder is up. Everything else is down or not being investigated. And the jails are closing.

Those who are in prison are being given keys to let themselves in and out before 9.30 each evening as part of a new rehabilitation programme in four of the main institutions. They’ll also have digital screens to order in groceries or make appointments with staff or other prisoners.

“This social experiment is spreading through the Netherlands like an oil spill,” says prison officers spokesman Rob Minkes. “The question is: is this really benefiting our society? We owe it to the victims of crime to be certain.”