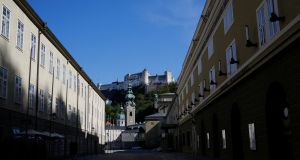 Six weeks ago, bars in the Austrian resort of Ischgl were hopping with the après-ski crowd while Covid-19 spread quietly among them.

Now 5,000 people who tested positive after returning home have registered for a class-action lawsuit that claims Ischgl and the Tyrol region prioritised private gain over public health.

Ischgl made headlines last month as a “virus catapult” village that created thousands of coronavirus super-spreaders as far away as Israel and Iceland.

Dr Peter Kolba, the lawyer heading the case, says he is aware of 11 people with direct or indirect links to Ischgl who have died of the virus.

While the pandemic qualifies as a force majeure, for which no one is responsible, the lawyer is preparing a criminal case against the state premier of Tyrol, regional officials, the mayor of Ischgl and the local cable-car companies. They made a “commercial decision” not to end the season early, he argues, opening the door to three charges: creating a public danger; spreading a reportable illness; and abuse of authority through lack of action.

Some 500 people have already signed powers of attorney to join Dr Kolba’s case, with applications arriving from Germany, the US and even Singapore “by the minute”.

“Our main focus is on the authorities who, we suspect, acted too slowly with massive pressure from the tourism industry and powerful ski-lift companies,” said Dr Kolba, who heads a private consumer affairs body, VKI.

The timeline for the case begins with an urgent message from Iceland to Austria on March 5th. Icelandic health officials said 15 returning skiers had tested positive for Covid-19 and recommended declaring Ischgl a virus hotspot.

Two days later, on March 7th, an employee from a popular resort bar presented at the practice of local doctor Andreas Walser, complaining of flu-like symptoms.

Dr Walser conducted a test, yielding a Covid-19 positive result. During the visit he says the patient told him of “reports back from guests who’d returned home and tested positive”.

It was another week – March 13th – before the resort was put into a quarantine lockdown and visitors were asked to leave but three further days before the ski lifts halted.

Dr Kolba expects the criminal case will yield information for a subsequent class action civil case. A multimillion payout is possible, he says, for those infected in Ischgl or local resorts of Paznauntal, St Anton am Arlberg, Sölden and Zillertal.

Tyrol state premier Günther Platter has said he understands criticism of the approach taken in Ischgl but that all decisions were taken “together with experts on the basis of the existing knowledge”.

Austrian investigative journalist Sebastian Reinfeldt says the 2020 ski season will haunt Ischgl for some time to come. “It’s outrageous,” he said. “By March 5th at the latest the authorities must have known that Ischgl was a huge infection risk.”

Dr Kolba is applying to have the case shifted away from Tyrol to Vienna saying local prosecutors have, to date, “been not at all willing to investigate”.