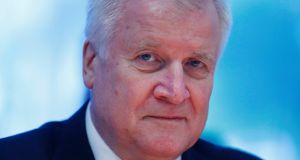 Chancellor Angela Merkel has sounded the alarm over growing intolerance and violence towards asylum seekers, immigrants and German citizens with migrant roots.

The German leader was speaking at a ceremony to mark the 25th anniversary of the country’s worst arson attack, when neo-Nazis set fire to an apartment block in the western city of Solingen. Five Turkish-German women and girls from the Genc family died in the flames, and 17 relatives were injured.

Far from being ancient history, the growing anti-immigrant mood from 1993 finds echoes today as Germany struggles with the after-effects of the 2015-2016 refugee crisis that has proven a political gift for the far-right Alternative für Deutschland (AfD).

In her most direct attack yet, without mentioning the party by name, Merkel warned people to be wary of those who “test the limits of freedom of speech” and who condone violence by “sowing violence with words”.

“Even today, people in our country face hostility and are attacked because they are asylum seekers or refugees or are considered such because of their skin colour, regardless of how long they’ve lived with us,” she said at an official ceremony in Düsseldorf to mark the 1993 fire. “Such attacks are shameful. They are a disgrace for our country. We cannot and will not resign ourselves to this.”

Mevlüde Genc, who lost two daughters, two granddaughters and a niece in the blaze, the youngest aged four, said her heart was still filled with pain and loss – but not hate.

“My legacy here today is: we must stand together as brother and sisters,” she said through a translator, earning a standing ovation.

Down the road in Solingen, an open-air anniversary ceremony was cancelled after a storm descended on the city. Another political storm, meanwhile, has descended further east on Berlin and threatens to engulf Germany’s federal government – and Merkel in particular.

The government is struggling to explain how, in the regional asylum office of Bremen, 1,200 people were granted asylum apparently at odds with official guidelines.

The chancellery, which intervened in a chaotic refugee situation in 2015, insists now all responsibility lies with the federal interior ministry which in turn has blamed Bamf, the federal migration authority, and rogue asylum officials in regional offices.

But asylum officials refuse to be scapegoated, saying responsibility for personnel shortages and simplified procedures lies with politicians. Their demands to clear a backlog of asylum applications, officials warned in an open letter, saw the quality of asylum decisions as “completely subordinate”.

Germany’s mainstream political parties are divided over how closely to investigate who knew what and when. The ruling CDU/CSU are anxious to shield their leaders, Merkel and Horst Seehofer, by limiting the investigation to Bremen. But if the scandal spreads, it will revive politically explosive questions about the loss of control in Germany during and after the peak of the migration crisis.

Merkel’s junior coalition partner, the Social Democrats (SPD), is torn: accusing Merkel of attempting to “dodge” the scandal while declining to back a full parliamentary inquiry. Like the opposition Green and Left parties, the SPD is wary of giving the AfD a stage for its anti-immigrant policies.

It was the 2015-2016 refugee crisis that gave the AfD, then a fading euro crisis party, a new lease of political life. It sees a Bundestag inquiry as an opportunity to interrogate Merkel about the legality of her liberal refugee response of 2015 – a position shared by the opposition liberal Free Democrats (FDP).

Critics accuse him of fanning resentment towards asylum seekers ahead of autumn elections in Bavaria, where his CSU will struggle to retain its absolute majority as the AfD enters the state parliament in Munich.

“German politics learned nothing,” said Mehmet Daimagüler, a Turkish-German lawyer, to the Süddeutsche Zeitung daily. “I think most people in Germany do not approve of racism and anti-Semitism. But the next step never follows.”