Recommendations: Compensation should be paid to some women who were in the homes 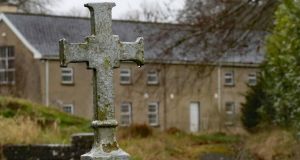 Children who had spent time in Sean Ross in Co Tipperary, as well as a number of other homes should be eligible for compensation, the report found. Photograph: Niall Carson/PA Wire

People born in Ireland’s Mother and Baby Homes should have a legal right to access their original birth certificate and to information about their birth parents, a Commission on Investigation has recommended.

Compensation should also be paid to some women who were in the homes, and are still alive; along with children who spent time there - modelled on the system set up for Magdalene Laundries survivors, the Commission states.

A Constitutional referendum will likely need to be held to give such rights, the Commission points out in one of its main recommendations following years of work.

There “should be such a right”, it found, even though it was “conscious of the concerns expressed by some birth mothers about this” - because some mothers do not want to be contacted.

A person’s “right to his or her identity is an important human right and should only be denied in very exceptional circumstances”, while medical and adoption records should be available too, according to the report.

To address the privacy concerns of some birth mothers, the State should put in place a system that would allow a mother to object to a request for information on the grounds that her privacy rights are being eroded.

“This could be done through in-camera proceedings in the Circuit Court. Both the birth parent(s) and the adopted person should have the right to legal representation and legal aid should be provided for all parties if required.”

A central record of all information about people admitted to, or held in the Mother and Baby Homes, or by adoption societies should be created, it recommends.

The Commission’s own electronic database, available at Tusla to help with information and tracing, included “sensitive personal information” which in some cases “is not even available to the individuals themselves.”

This information “should be available to the individuals,” it said, noting that former residents of the institutions under investigation had been “very critical” of information and tracing arrangements in place with “quite vitriolic criticism” of Tusla. “This criticism is unfair and misplaced,” the Commission said, “Tusla is implementing the law and has no choice about doing it.”

On compensation for those who were in the homes, the Commission found it remarkable that some institutions investigated had not been included in the Residential Institutions Redress Scheme which reported in 2009.

It was set up to assist people who, as children, had been in orphanages, reformatories and industrial schools investigated by the Ryan Commission. It reported in May 2009.

The exclusion of children from the Tuam Home from that redress scheme was “most egregious”, since it was a local authority home where “many children” stayed until they were seven years or older.”

The criterion for inclusion in that redress scheme was “whether or not a public body had a regulatory or inspection function in respect of that institution.” The Commission said it was “abundantly clear” that all institutions it investigated “meet this criterion.”

Redress should now be available, too, to women who were under 18 when they entered the homes and to those who had been resident at Westbank in Bray which was “unfairly excluded from the scheme.”

Children who had spent time in Tuam, Bessborough in Cork, Castlepollard in Westmeath, Sean Ross in Tipperary, the Bethany and Denny homes in Dublin “should all be eligible.” It added however that those who spent very short periods in the institutions “would find it very difficult to establish they had been abused.”

The Mother and Baby Homes Commission of Investigation found there was no evidence of sexual abuse in any of the institutions it investigated, but there was some evidence of physical and emotional abuse.

All who had been children in the four county homes it investigated should also be eligible for a State compensation package, it said, including children with disabilities.

However redress would not be extended to the Pelletstown home in Dublin, as it had already been included in the original redress scheme, or to those who had been in the Belmont, Miss Carr’s or Regina Coeli Homes in Dublin, The Castle Home in Donegal or the Dunboyne home in Co Meath.

Children in those homes “were not resident without their mothers.” In Dunboyne there had been no evidence of abuse and babies stayed for such a short time “a claim of abuse would be impossible to sustain.”

However the Commission concluded that “women who entered the mother and baby homes after 1973 do not have a case for financial redress.” The Unmarried Mother’s Allowance was introduced in 1973.

On burials of children at the homes, the Commission considered “a right to information of this nature should be confined to parents and siblings.”

It repeated its frustration at the lack of burial records at some homes, as also expressed in its fifth interim report. It found it “very difficult to understand the seeming inability of the Congregation of the Sacred Hearts of Jesus and Mary to assist in locating the burial places of children who died in Bessborough. It also considers that there is likely to be more local knowledge about the Tuam burials than has been forthcoming.”

“No progress has been made in Tuam where human remains were discovered in 2016” which “underscores the enormous practical difficulties in establishing exactly who is buried there,” it found.

A small number of children who had been fostered out “inherited farms from their foster parents but they had to pay taxes for which birth children or adopted children were not liable.” The Commission recommended they be granted an ex-gratia payment to compensate for this.

It objected to the term ‘forced adoption’ as favoured by some former residents and groups, as it “found little evidence that children were forcibly taken from their mothers” while accepting “that the mothers did not have much choice.” They did, however, “have time after the initial placement for adoption to reassess the situation.”

It also felt “great care” should be taken that families who adopted, or children who were adopted, “are not denigrated in any way and that the term `adoption’ should not be revised to portray that all, or even most, adoptions were forced or illegal.”

Most families who adopted children “believed it to be in the best interest of the child” and adoption was “a vastly better outcome for the children” than arrangements in place prior to the Adoption Act of 1952, it said.