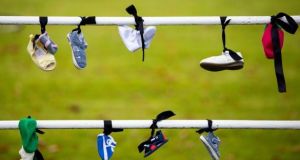 Independent Senator Ronan Mullen has called for a national voluntary collection to allow individuals and families contribute to a redress package for survivors of mother and baby homes because there was a community element to the issue.

Speaking on Newstalk Breakfast, Senator Mullen said that while the report of the Commission of Investigation into Mother and Baby Homes had highlighted a “sad and sobering picture” of how women and children were failed by the State, wider society, religious orders and churches, there was also “a community and family dimension”.

It was not a question of blame, he said, but at a community level there were more parties involved than just the institutions. There was not a family in the country that did not have a connection with some aspect of this story, he added, including his own family “where good people failed to come up to the mark in terms of how they dealt with something in a way I wouldn’t like to see happen today”.

Senator Mullen denied he was trying to take the spotlight off the role of the Catholic Church.

He said he was not trying to deflect, but was attempting to draw the public into a wider conversation “where we observe how things happened and why things happened, and we’re unflinching in looking for the truth about it”.

Doing that would mean understanding that there were economic and social factors at that time along with an “obsession with social respectability”.

On the issue of survivors having access to their birth records, Senator Mullen said that it was important that they have access, but he cautioned that the rights of people who were now old, and to whom promises had been made in the past, should not be trampled upon.

There had to be a compassionate approach and it was not the case of the rights of birth parents being above those of adoptees: the approach should be humane. It was about helping people in the present, he said.

The Taoiseach Micheál Martin apologised last week on behalf of the State to former residents of mother and baby homes for the way they were treated over several decades.

The Catholic Archbishop of Dublin Diarmuid Martin said everybody involved in what had happened “has to stand up” and admit their responsibility.

“Those involved – I have to say it very clearly – they betrayed vulnerable women; they betrayed themselves, their calling and they betrayed the caring message of Jesus Christ. They just have to say that should not have happened and there’s no half way of interpreting reality to try and justify that,” he told RTÉ’s Drivetime last week.

The Commission of Investigation into Mother and Baby Homes published its long-anticipated report on Tuesday, January 12th. It investigated decades of harm caused to tens of thousands women and children at 14 mother and baby homes and four county homes across Ireland between 1922 and 1998.