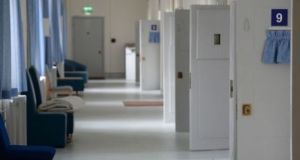 The number of residents with confirmed cases of the virus also increased in the first two weeks of the year from 15 to 61. Photograph: Dara Mac Dónaill

The number of mental health facilities that have reported suspected or confirmed cases of Covid-19 has more than tripled in the first two weeks of the year, the Mental Health Commission (MHC) has said.

The commission, which provides weekly updates to the Department of Health and the HSE on the impact of the pandemic on mental health facilities, has expressed concern at the “notable increase” in Covid-19 cases in the sector.

In the two weeks from New Year’s Eve to Friday, January 15th, the number of mental health facilities that have reported suspected or confirmed cases of Covid-19 to the MHC increased from from 17 to 55.

The most recent figure means that almost a third of the total 183 facilities monitored by the MHC have reported the presence of confirmed or suspected Covid.

The MHC was also notified of the deaths of three residents in the week prior to Friday, January 15th, following their transfer to hospital after they became unwell in the mental health centre.

Two of the residents had tested positive for Covid-19 prior to death, while the third was reported to the coroner as a possible Covid-19 case, the MHC said.

Last week’s figures brings the total number of deaths of residents of mental health services since last April to 21.

John Farrelly, chief executive of the MHC, said they are continuing to see a “significant increase in case numbers across the country relating to both staff and resident cases”.

“This is extremely distressing for everyone concerned and we would like to particularly express our deepest sympathies to the families and friends of the three people who died this week.”

Mr Farrelly said it was concerning to see how “the virus has taken hold in our mental health centres again”, adding that there was a need to do “everything we can” to decelerate the rise in cases.

The MHC is also monitoring the vaccination roll-out for residents and staff across all services and remains concerned that many centres have still not received a schedule.

Gary Kiernan, director of regulation for the MHC, said “the majority of services” have not yet had access to vaccination.

“Most services contacted have not received a vaccination schedule from the HSE and there has been no communication from the HSE to assure staff and residents about how and when this will happen,” he said.

“We continue to be concerned about the lack of a roll-out schedule for mental health services, particularly for centres which provide services for residents aged 65 and over in long-stay accommodation. Services need to know when and how they will receive vaccination in accordance with the government’s plan.”