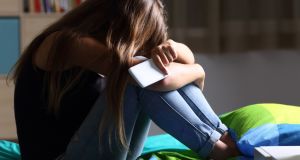 Cases involving two children allegedly sexually abused by 11 named individuals in the presence of their parents are included in the latest volume from the Child Care Law Report Project (CCLRP).

Published this morning, the 16 reports detail the repeated failure of the State to provide appropriate care for some seriously mentally disturbed teenagers, a lack of aftercare planning and the difficulties for the courts in dealing with alleged sex abuse.

There were also cases where the young people received appropriate treatment and had good outcomes.

Led by Dr Carol Coulter, the project publishes regular reports from the courts making orders under the Child Care Act. Now in its second phase, it is focusing on long and protracted cases to examine whether the times could be reduced.

In December 2015, 18 months after coming into care, two young children made disclosures of sex abuse by 11 named individuals, including their parents, two male relatives, a female relative, three teenage girls and two other men.

A specialist Garda child sex abuse interviewer interviewed the children for a criminal case. The Child and Family Agency (CFA) sought the DVDs of the interviews and this was resisted by gardaí, who feared it would jeopardise the criminal case. Following a court order the DVD was released to the agency.

In the DVDs, the children described in detail being forced to perform oral sex on the adults and being raped by some. They gave detailed physical descriptions of the adults.

In another case, a local authority failed to engage in a case involving two teenage boys who were being seriously and violently threatened, and whose foster parent, a close relative, needed to be rehoused to keep them safe.

Dublin District Court heard the teenagers were subject to regular “beatings, bullying and harassment” and were threatened with life-threatening violence.

Both the relative and the CFA had tried, with council X where the family lived and neighbouring council Y, where the boys went to school, to have the family rehoused. Both councils were summoned to attend court. Council X engaged but council Y did not.

The foster carer said the boys were afraid to leave the house and their “education is being destroyed”. The judge asked the CFA to join council Y as a notice party and directed the agency to issue a further witness summons to a named council Y official and outline the consequences of a bench warrant where failure to attend was not due a reasonable cause.

Commenting on the reports, Dr Coulter said the issue of inadequate facilities and therapy for disturbed young people had preoccupied the High Court for years.

“Week after week the CCLRP hears frustrated judges pressurise the CFA to find suitable placements and appropriate treatment for these children. The court cases are consuming a lot of resources that would be better spent on long-term solutions.”