‘Humanae Vitae’ and the suspension of priest opposed to it 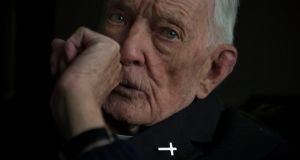 Fr James Good is 94 now and retired in his beloved Cork. It is still not clear whether he can carry out his priestly faculties there. He was suspended from saying Mass publicly, preaching and performing other duties almost 50 years ago. As professor of theology and lecturer in general philosophy at UCC he had publicly opposed Humanae Vitae, the papal encyclical issued in 1968 which sustained the Catholic Church’s ban on artificial contraception.

The suspension was verbal and only applied to the Cork and Ross diocese. Even then, he continued to exercise his priestly faculties in the Limerick diocese, where he also lectured, and the adjacent Killaloe diocese.

Cork, as ever, was the exception. Then.

In fact the suspension applies more in the breach than the observance now, and the man who applied it, Bishop Cornelius Lucey, joined Fr Good on the missions in Kenya when he himself retired. They never discussed the matter.

Fr Good is that rare person, a still hopeful survivor of 1968, that year when hope was crushed by history. Relentlessly. In March, Martin Luther King was shot dead in Memphis. That June Bobby Kennedy was shot dead in Los Angeles and a student revolution in Paris failed. In August, Soviet tanks finished off a brief dawn of freedom in Prague and there were riots at the Democratic Convention in Chicago.

In October, civil rights marchers were beaten into the tar of Derry’s streets by a ruthless police force. And in November, Richard Nixon was elected president of the USA as the Vietnam War trundled on its bloody, savage way. It was a year when to be young was hell as old forces reasserted themselves; when youth and the 60s died.

Fr Good was no youth then. Ordained in 1948, two decades beforehand, he was a hardened optimist fuelled by the insights of Vatican II which had ended three years previously. It heralded the emergence of the Catholic Church from the post-Reformation 16th century into the 20th.

The 16th century hit back and old authority was on top once more. Since then it has dominated in the Catholic Church

It was a time when to be a young Catholic priest was exciting, but to be 44 was very heaven. He was 44. Then along came July 25th, that day in 1968 which for liberal Catholics represents a little death. The 16th century hit back and old authority was on top once more. Since then it has dominated in the Catholic Church.

On that date Pope Paul VI, the Hamlet of popes, lost his nerve and published Humanae Vitae (of Human Life). Few expected it. Not least in the new, refreshed, post-Vatican II church where authority was to be exercised collegially, by agreement rather than diktat, in the best 1960s way.

Pope Paul’s decision was in stark contravention of collegiality in the church, as defined by the Second Vatican Council. It was a process agreed at Vatican II under which the pope would henceforth make decisions, such as arose with Humane Vitae, in consultation with the bishops and the wider church.

For Pope Paul, an anxious man, it proved a step too far beyond tradition. He ignored the recommendations of a commission set up by Pope John XXIII in 1963 to address the use of artificial means of contraception in the context of Catholic teaching.

That commission of 72, including 16 theologians, 13 doctors/people with medical experience, five women, and an executive of nine bishops and seven cardinals had reported in 1966. It found the use of artificial means of contraception was not intrinsically evil and that Catholic couples should be allowed to decide for themselves whether to use them or not.

A minority report, signed by just six members of the commission, said the church should not and could not change its teaching on the matter. Pope Paul concurred and confirmed, as we are frequently reminded, that the Catholic Church is not a democracy. He and the minority ruled.

It killed the spirit of Vatican II and split the church between liberals and conservatives, with the conservatives having the upper hand, at least until the election of Pope Francis in March 2013.

The fiercely negative reaction to Humane Vitae was not lost on Pope Paul over the remainder of his papacy. In 1969, he asked Belgian Cardinal Suenens to “pray for me. Because of my weaknesses, the church is badly governed.” He remained deeply troubled by it all until his death in 1978.

What is my state of mind? Am I Hamlet? Or Don Quixote? On the left? On the right? I do not think I have been properly understood

Earlier that final year, with acute insight, he asked: “What is my state of mind? Am I Hamlet? Or Don Quixote? On the left? On the right? I do not think I have been properly understood.” He, too, suffered.

In the main, Humanae Vitae was ignored by most Catholic women, particularly in the western world. This underlined, emphatically, that the papal writ no longer ran even in such traditionally Catholic countries as Ireland, where priests and doctors co-operated in ensuring that women could take the pill without sin. It was prescribed as a menstrual regulator rather than as a contraceptive. And the sky did not fall.

The loss in church authority was profound as common sense prevailed over dogma. As former president Mary McAleese put it last year, for women in particular, this was “personal”.

“I am the oldest of nine children and one of the 65 live children my mother and her siblings produced. Ours is precisely the kind of large Catholic clan system so beloved of flattering papal documents on the family. Yet while our parents handed on to my generation the baton of a strong but docile Catholic faith they never encouraged us to have the big families they had. They had their reasons and they were too obvious to need to be stated. The baton like the proverbial penny was already dropping. My generation largely rejected Humanae Vitae’s ban on artificial contraception and along with it magisterial control over family size. Our small families testify to that.”

She remembered “the evening our parish priest, in front of us children, lambasted my 40-year-old mother for having had a hysterectomy without his permission and while still of child-bearing age. She had by then had 11 pregnancies and a history of haemorrhages which had left her dangerously ill and chronically weak. He left her in a spiritual agony which lingers even today.”

All over the world “good, decent, faith-filled men and women are infantilised and robbed by Humanae Vitae of their God-given right and obligation to make sensible adult decisions in the best interests of their health, their relationships and their children. The damage inflicted particularly on the poor, on women, on children, on relationships, on health, on society and not least on the church itself, is a millstone around our necks and we are drowning.”

She continued “the teaching of Humanae Vitae has been a stumbling block to the faithful, detrimental to family life, and an impediment to women’s health and wellbeing for nearly50 years.

“It has led to a sad division between many faithful lay married Catholics and an entrenched hierarchy. It has no ground in the scriptures and its recourse to natural law is deeply flawed . . .”

Fr Good thought so too in 1968. He said so, publicly, then, as professor of theology and lecturer in general philosophy at UCC. It cost him. He was summoned by the then Catholic bishop of Cork and Ross Cornelius Lucey. To bend, to kneel. He did not.

His right to exercise his priestly faculties in Cork was suspended, verbally. As he recalled it, “the process took less than an hour and I was given no opportunity to defend myself”.

For a time he continued to lecture at UCC but “it became increasingly embarrassing for me to be saying parish Masses on Sundays and not being allowed to preach. Being banned from the confessional was also distressing.”

In 1974, he visited Kenya and decided to move there as he had always wanted to work on the missions. He left for Kenya in 1975 and spent much of his life there.

When he retired in 1980, Bishop Lucey decided to join Fr Good on the missions in Kenya. In 1981, the Bishop explained this in an article for Africa magazine. “Behind my decision to come here as a missionary was the desire to make reparation for my sins while I still had the time,” he said.

He and Fr Good became close friends in spite of which, as Fr Good recalled it, Bishop Lucey “never once referred to my suspension, though he did once say to me that I should go back to my own diocese”.

“I believe that he deeply regretted the suspension but believed that he could not do anything about it.” Fr Good felt “we both understood our position and accepted it”.

What neither knew at the time was that Bishop Lucey was dying. He had leukaemia. Two years later, he was flown back to Cork where he died at the Bons Secours hospital, in September 1982.

Fr Good is himself now retired at Douglas in Cork. Later this year he will be 70 years a priest. It is an anniversary he is more likely to celebrate than 50 years of Humanae Vitae. Congratulations Fr Good.