Age profile of immigrants in the Border region is older than in Dublin, and their unemployment rate is higher 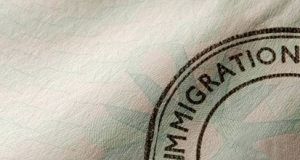 The report recommends “a more coherent, co-ordinated and longer-term approach” to integration support services, and a review of where they are most needed. Photograph: Getty Images

Immigrants living in Border counties are more likely to be older, poorer, less educated, less healthy and speak less English compared to those in Dublin, a new report has found.

Academics at Maynooth University have warned the regional disparity could have long-term consequences for how successfully or otherwise immigrants and their children settle into different parts of the country.

The report, called Immigrant Integration and Settlement Services in Ireland, was authored by Prof Mary Gilmartin and Dr Jennifer Dagg, and based on data gleaned from the last census in 2016.

“Where people live in Ireland, and their nationality, affects their experiences of integration,” said Prof Gilmartin. “While many immigrants are settling in well to Irish society, there remain areas of concern, especially in relation to employment, housing and levels of income.”

The study found that the immigrant population rose slightly between 2011 and 2016 in every Border county, except Donegal where it decreased, but at a much slower rate than in the capital.

The age profile of immigrants in the Border region is older than in Dublin, and their unemployment rate is higher.

Differences in employment patterns – there is a higher proportion of immigrants employed in agriculture, construction and manufacturing in the Border region – also suggested “a skills gap that is supported by the different levels of educational attainment in the two regions, and by the different social class structures,” the report states.

“Additionally, levels of English language proficiency are lower in the Border region than in the Dublin region,” it added.

It further found a lower percentage of immigrants along the Border describing themselves as in good health and a higher proportion reporting physical disabilities than in the capital.

The report recommends “a more coherent, co-ordinated and longer-term approach” to integration support services, and a review of where they are most needed.

“As levels of immigration to Ireland continue to increase, this is a pressing issue both for new immigrants, for more established immigrants, and for the children of recent immigrants,” it states.