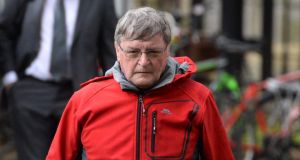 The person brought in to head up Scouting Ireland’s “crisis management team” after it became embroiled in controversy earlier this year has resigned.

Senior volunteer Martin Burbridge had been heading up the organisation’s response to controversy over the mishandling of a rape allegation since April.

Mr Burbridge resigned before a board meeting on Thursday night last.

Earlier that day Minister for Children Katherine Zappone had announced funding worth nearly €900,000 a year would remain suspended until the organisation’s entire board was replaced.

The move followed a report in The Irish Times that the board of Scouting Ireland had made a decision to reinstate chief scout Christy McCann to chair the organisation’s upcoming extraordinary general meeting (egm) on governance reforms.

Mr McCann is one of four senior volunteers under investigation over the organisation’s handling of a rape allegation, and stepped aside in April pending the findings of an ongoing barrister-led inquiry.

A confidential report by safeguarding expert Ian Elliott found the handling of an allegation in 2016, from a woman who claimed she was raped on a 2009 camping trip when she was 18-years-old, was “deeply flawed”.

Since Ms Zappone’s announcement on Thursday, Mr McCann said he would not chair the meeting and that the board of Scouting Ireland made the “wrong decision” in voting for him to chair the egm.

The entire board has since decided to resign immediately after the organisation’s egm on October 6th, where a new board of 10 directors will be elected.

Previously the current board had committed to step down on October 31st, with the new directors to take up their roles the following day.

Mr Burbridge is a former chief scout and honorary vice-president. He is not a board member but was present at the meeting where the board voted for Mr McCann to chair the egm.

In a statement to The Irish Times on Sunday, Mr Burbridge said he had “no comment to make on confidential board discussions”.

In an email sent to candidates running for the new board positions on Friday, Mr Burbridge said he had resigned as head of the crisis management team, and as chair of the organisation’s audit committee.

“Suffice it to say I did so because I felt I could not continue in either of those roles,” following the events of Thursday, he said.

However he will continue to chair of the committee tasked with reforming the body’s governance structures “for the time being”.

In his email, seen by The Irish Times, Mr Burbridge said the Minister’s decision to again suspend funding to Scouting Ireland was a “bombshell” and had “given rise to urgent discussions by the board”.

Following the suspension of funding, the board met for several hours on Thursday night. Board member and representative for the Dublin area Mark Blake also resigned with immediate effect at the meeting.

In a statement on Facebook on Saturday, Mr Blake said he had been “very uncomfortable with the manner in which the board has been operating”. The planned governance overhaul of the top of the organisation “may not be enough to bring about much-needed change in culture and mindset” to ensure past failures were not repeated, he said.

Mr Blake was critical of the professional arm of the organisation. “I firmly believe that change is also required in the management of the non-voluntary area within our association,” he said.

A report on the governance of Scouting Ireland by children’s rights consultant Jillian van Turnhout for Ms Zappone in June, concluded there was a “deep distrust” between the voluntary and professional arms of the organisation.

Mr Blake was also critical in the Facebook post about the fact that throughout the controversy over the last year, statements had been released to their members and the media “without the prior knowledge or approval of the board”.

“Similar circumstances of greater consequences arose when a milestone progress report was submitted to Minister Zappone earlier week on behalf of the board in circumstances where the board had no sight of this report,” he said.