The story of Dublin’s ‘most notorious child sexual abuser’

Vatican summit on child sexual abuse: Fr Tony Walsh was sentenced in 2010 to a total of 123 years for abuse of one boy 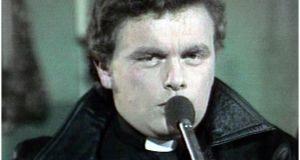 Ahead of the Vatican conference on abuse in the Church, The Irish Times examines the case of Dublin’s “most notorious child abuser”

Few cases illustrate so succinctly why the Catholic Church merited criticism for its handling of clerical child sex abuse as that of survivor Darren McGavin and perpetrator Fr Tony Walsh.

Walsh’s abuse of the child took place in Ballyfermot from 1978 to 1983 (from when the boy was six) and was so extreme that the then laicised priest was sentenced in December 2010 to a total of 123 years’ imprisonment.

Five of the 13 counts, for buggery, attracted sentences of 10, 12, 14, 16 and 16 years each. The remaining counts, for indecent assault, brought sentences ranging from four to nine years. As Walsh was to serve his sentences concurrently, 16 years was the maximum time he would spend in jail for those crimes.

Four years were suspended as a psychologist’s report said it was unlikely he would offend again. It was the most severe sentence imposed on a clerical child sex abuser in the Republic.

Before looking at the details of those assaults, which are shocking and probably should carry a warning, almost as outrageous is how the case was handled by the Church at the time. While it is unlikely this would happen in Ireland now, no such assurance can be given about Catholic Church authorities elsewhere.

The Murphy Commission described Walsh as “the most notorious child sexual abuser” to have come to its attention. “It is likely that he has abused hundreds of children,” its 2009 report said. The commission investigated how clerical child sex abuse allegations were handled in Dublin’s Catholic archdiocese between 1975 and 2004.

It found that the archdiocese did not report child sexual abuse allegations against Walsh to the Garda for 17 years after it first received such complaints about him.

It also revealed that in 1989 it had been suggested in the archdiocese that Walsh, then an admitted (to the archdiocese) child sex abuser, be appointed to the regional marriage tribunal, which dealt mainly with annulments.

This was not done, however, two other abusing priests were already on the tribunal.

In May 1988, Walsh admitted to then chancellor of the Dublin Archdiocese Mgr Alex Stenson that over the years he had been in Ballyfermot, “he was involved with boys about once a fortnight”. That was 10 years after the first complaint about him was made to the archdiocese.

Walsh was sent to the Stroud treatment centre in England and returned to Dublin in November 1988 where he was appointed chaplain at a hospital for older people.

He signed a contract of good behaviour with the archdiocese and nominated Fr Michael Cleary as his spiritual director. In August 1989, there were complaints about his dealings with a boy at Dublin’s All Hallows College. Walsh was returned to Stroud.

In April 1990, then Archbishop of Dublin Desmond Connell and Msgr Stenson gave Walsh weeks to decide on either dismissal from the priesthood or voluntary laicisation. Archbishop Connell also removed Walsh from public ministry.

In March 1991 there were further reports of Walsh’s contacts with children. In August 1991, and for the first time, a parent complained to gardaí about Walsh’s attempt to pick up her son.

The following month Walsh was ordered by Archbishop Connell to go to St John of God psychiatric hospital in Stillorgan. The night before he did so he attempted to pick up another boy and gardaí were alerted.

Walsh returned to Stroud in January 1992 where he posed in nearby streets as a priest counsellor at the clinic and agreed to babysit for a family. By chance the father of the family found out who he was.

Back in Dublin, in July of that year he befriended a 15-year-old boy. One of the boy’s parents contacted gardaí, who contacted the archdiocese. More parents complained about Walsh’s activities in December 1992 and again in May 1993.

In August 1993 a church tribunal in Dublin decided Walsh should be defrocked. The following October he appealed this to Rome. While the appeal was in train he abused a boy at the child’s grandfather’s funeral in west Dublin.

The boy’s mother contacted gardaí, alleging Walsh had also abused her son a year earlier. In late 1994 there were media reports about this case.

Early in 1995 Walsh admitted to gardaí that he had abused two boys in the 1980s. He was charged in connection with his abuse of the boy at the funeral in 1994 and sentenced later to 12 months. It was the first of many such sentences.

In May 1995 the archdiocese provided gardaí with other complaints about Walsh. Meanwhile, and inexplicably, Rome rejected Walsh’s laicisation as recommended by the Dublin tribunal. Rome decided Walsh should remain a priest but spend 10 years in a monastery.

Acknowledging the role in this of Archbishop Connell, later made a cardinal, the Murphy report said it was he who decided to have Walsh laicised “and he pursued this course in spite of the advice and, indeed, interference of his judicial vicar [Msgr Gerard Sheehy] and in spite of the Roman Rota [Appeal Court]”, at the Vatican.

In December 1997, Walsh was sentenced to consecutive terms of six years and four years for assaults on six boys. On appeal, this became six years. He was in prison until 2001 on that occasion. He was sentenced to 16 years in the December 2010 case involving Darren McGavin.

What he did to Darren McGavin as a small boy is heartrending. According to Darren’s victim impact statement, prepared by psychiatrist Prof Ivor Browne, Walsh raped him with his wrists tied to his ankles as he lay over a coffee table at the presbytery in Ballyfermot, which Walsh then shared with Fr Michael Cleary and his housekeeper, Phyllis Hamilton.

Darren was “crying loudly” and “hysterical”. Walsh, who had turned up the music to drown out the child’s cries, took “about an hour to calm me down. I then went home,” Darren said. This assault led to one of the 16-year sentences.

Another incident took place at Enniscrone, Co Sligo. About 50 children from Ballyfermot were taken there by Walsh and three other priests, including Fr Cleary. Walsh took Darren to the sand dunes where he raped him. Sand caused the child to bleed, so Walsh brought him to the sea where he washed the blood off and saltwater stung the child’s wounds.

Darren was also raped by Walsh in Dublin’s Phoenix Park. Afterwards Walsh wiped him with “a purple sash [stole] he had with him”. When Walsh picked up his jacket “a small receptacle for holding Holy Communion wafers fell out of his pocket”.

He brought Darren back to the presbytery in Ballyfermot, “put on Elvis records . . . and gave him a glass of Coke”. He then showed him “a Bible with pictures of hell and said if he told anyone he would burn in hell and never go to heaven. Then he let him go home.”

One evening Darren told his mother an edited version of what had been happening. She went to the presbytery and knocked, accompanied by Darren’s aunt. Phyllis Hamilton answered and denied Walsh was inside. The mother insisted he must be in as his car was there. They thought they had seen him at a window. Phyllis Hamilton went inside and Walsh came to the door. He denied everything.

As Prof Browne puts it, in the victim impact report, “then knowing the game was up, Walsh stopped abusing D altogether and terminated their relationship”.

But he forced the December 2010 trial involving Darren McGavin, denying all charges. The jury found him guilty, unanimously, after just 94 minutes and on the 13 counts.

Tony Walsh was born in 1954 and ordained in 1978. Even as a seminarian at Dublin’s Clonliffe College, as emerged years later, he abused children and at the home of another abuser, Fr Noel Reynolds, to whose house he had a key.

In July 1978, two days after Walsh took up his first appointment as a curate in Ballyfermot, a complaint was received in Archbishop’s House that he had sexually abused an eight-year-old boy. That was alleged to have taken place in June 1978 at Fr Reynolds’s house.

The next complaint was in 1979 when a mother went to the parish priest of Ballyfermot, the late Canon Val Rogers. Fr Cleary was despatched to educate the woman’s son on male sexuality. In 1985, Canon Rogers admitted this case had been “hushed up”.

Sometime between 1980 and 1982, there were complaints to Archbishop’s House about Walsh’s abuse of young girls at a summer camp.

In June 1985, Walsh began attending a psychiatrist. In October 1985 of that year, he denied indecently assaulting a young girl earlier that month.

Even after he was moved to the Westland Row parish in the south inner city in February 1986, complaints kept coming from Ballyfermot. A housekeeper at his house in Ballyfermot said there were always children there and on one occasion she saw two boys coming from his bedroom.

In January 1987 the housekeeper at Westland Row claimed to have found underwear of hers in Walsh’s room. She also found condoms and syringes and said “a number of boys had slept overnight in his bed and a boy from Ballyfermot had been visiting”.

Walsh denied all of this and protested he did not know what condoms looked like. In April 1988, a woman alleged her son was in Westland Row with Walsh. The following month, parents claimed Walsh had interfered with their daughter.

It was then, in May 1988, Walsh admitted to then chancellor of the Dublin Archdiocese Mgr Alex Stenson that over the eight years he had been in Ballyfermot, “he was involved with boys about once a fortnight”.

Walsh remains in prison. In 2013, he pleaded guilty to two more abuse cases and in 2015 was convicted by a jury in relation to the sexual abuse of a girl. In July 2016 he was jailed for 7½ years for raping a boy three times, once with a crucifix.