Watchdog publishes 25 reports on centres for people with disabilities 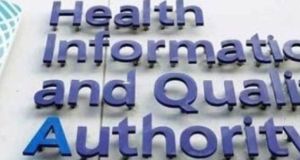 The health standards watchdog found “systemic” problems in a residential centre for people with visual impairment and told the operator it planned to refuse to renew its registration.

Health Information and Quality Authority (Hiqa) inspectors visited the centre run by the National Association of Housing for Visually Impaired in Dublin at short notice in June 2018.

An inspection report published on Thursday found while 16 residents “appeared content” living in the centre and satisfied with the service , the leadership and management remained poor and was not ensuring a good quality service.

Issues and concerns that had been raised at the previous two inspections were still in evidence, notably regarding medication management, governance and management, health care, assessments and plans and risk.

“There was an absence of appropriate oversight systems to ensure care and support were delivered to a good standard and in line with regulations,” the report said.

Inspectors said they would issue the provider with a notice of proposal to refuse the registration renewal for the centre.

Inspectors found that there was a reliance on external advisers to assist with the writing of policies, procedures and plans to bring about improvement. The policies were not reflective of the centre’s practices and some of the policies in place were not in line with certain national policies such as those on safeguarding vulnerable individuals.

The centre submitted a plan to improve standards and governance by agreed dates.

In an inspection report on the Community Living Area 9 Centre in Kildare, operated by the Muiríosa Foundation, Hiqa’s inspectors found that oversight of residents’ finances required some improvement.

Hiqa published 25 inspection reports on designated centres for people with disabilities on Thursday.

An inspection of a centre operated by Enable Ireland Disability Services found that the registered provider had not ensured concerns raised by staff about the quality and safety of the service were addressed by the provider in a timely manner.

Inspections of 11 centres operated by the HSE found that eight were meeting the needs of residents in line with the regulations and standards.

Improvements were required in three of them, including in the areas of appropriate safeguarding arrangements, management of restrictive practices, medication management, staffing levels and fire precautions.

L’Arche founder implicated in sexual abuse of women 02:00
Parties to continue talks with Sinn Féin despite Drew Harris’s IRA comments 01:40
The view from Clondalkin: If Sinn Féin don’t get in, ‘there will be marches’ 01:00
Who was L’Arche founder Jean Vanier? 01:00
Medical Council makes fresh finding against obstetrician Peter Van Geene 01:00