Institution investigated by Ryan Commission should be memorial – priest 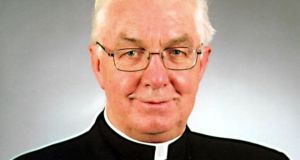 Fr Vincent Twomey: ‘Repentance begins with the courageous facing-up to the past and the frank acknowledgment of wrongdoing.’

A residential institution for children investigated by the Ryan Commission should be set aside as a memorial to the suffering of survivors, Fr Vincent Twomey has proposed.

“In this week commemorating the liberation of Auschwitz, we can learn from the Germans as to how they faced up to their horrendous past . . . by creating monuments and museums lest they be forgotten – and so possibly repeated,” he said during an event at the University Church on Dublin’s Stephen’s Green.

“The abuse scandals have left a trail of devastation and suffering behind, which only God can heal.

“Repentance begins with the courageous facing-up to the past and the frank acknowledgment of wrongdoing. This is a long-term task for historians, but in general the various reports, Ferns, Murphy, Cloyne and Ryan give us a good though grim indication, even though they may in the future be subject to more critical scrutiny than they have been given to date.

“I would like to propose that one or other of the institutions mentioned in Ryan (Artane, Letterfrack, Goldenbridge) should be turned into a public memorial to that dark chapter by a combined effort of both Church and State. We must not forget, even though we might like to do so.

“The German Church went one important step further than preserving the camps and erecting monuments, like the impressive memorial to the Holocaust erected in the capital by the State; Carmelite convents were founded just outside the walls of Dachau and Plötzensee, Berlin, to make reparation for the sins of their ancestors committed in those concentration camps and prisons.”

There was also “a great need for us to make reparation. One way would be an annual day of public fast and abstinence on the part of us priests and religious in reparation for both clerical and institutional abuse.

“One day at the beginning of Lent – perhaps the first Friday in Lent – could be designated as a Day of Reparation. On that day the clergy (religious as well as secular) would undertake a day of fasting and prayer, and go to confession, culminating in an evening Prayer Service of Reparation and a Celebration of Reconciliation in every Cathedral in the country.

“It should be a cry from the heart for God’s infinite mercy and forgiveness, and include prayers for the inner healing of the victims, for the damage done to their faith and to the credibility of the Church, but also prayers for the conversion of the perpetrators,” he said.

Fr Twomey was speaking on Tuesday night in a wide-ranging lecture on The Church in Ireland: The Present State and the Path Ahead, co-hosted by the Iona Institute and the Notre Dame-Newman Centre for Faith & Reason.