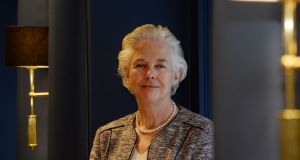 Men’s groups have felt excluded from the “gender equality” debate, and are “delighted” to have been invited to the Citizens’ Assembly on the issue, according to its chairwoman.

Dr Catherine Day, former secretary general of the European Commission, said men want to be part of the discussion on equality between the sexes, including the pay-gap, care responsibilities, the under-representation of women in politics and poverty among lone-parent families.

She was speaking in advance of the assembly’s inaugural meeting on Saturday.

“We have been talking to men’s organisations, and I was very struck by the opening statement one of the men made in one of the meetings where he said ‘we’ve been waiting a long time to get to tables like this.’

“I thought: ‘thirty years ago the women’s organisations would have said that’, that they want to be brought in, to be invited. Gender equality is not just a women’s issue. It’s an ‘everybody’ issue, but they [men] feel they are not yet considered to be part of that debate and they want to be.

“They were delighted to be included and to be seen not just as the problem but part of the solution.”

The Citizens’ Assembly on gender Equality will meet over six weekends between now and July. It comes on foot of an Oireachtas resolution and Cabinet decision last June, and will consist of 99 citizens, broadly representative of the electorate, plus the chair. They are tasked with considering how to best “advance gender equality”.

The resolution calls on the assembly to bring proposals that will “challenge the remaining barriers and social norms and attitudes that facilitate gender discriminations towards girls and boys, women and men”, “dismantle economic and salary norms that result in gender inequalities...reassess the economic value placed on work traditionally held by women”, and, “ensure women’s full and effective participation and equal opportunities for leadership”.

It is asked to suggest ways society can “recognise the importance of early-years parental care and...facilitate greater work-life balance”, examine who is responsible for care-work in the family, and “scrutinise” why women are over-represented in low-paid work.

Its recommendations could relate to constitutional, policy or legal changes.

While Saturday’s meeting will hear from Dr Evelyn Mahon from Trinity College on broad social changes, future meetings will be addressed by advocacy groups and “real-life” people about their experiences of issues like gender inequality, discrimination and care-work.

Other genders will be included in the discussions, predicts Dr Day. “This [Oireachtas resolution] only talks about boys and girls and women and men, but we will certainly interpret gender equality as applying to however people define or identify themselves.”

She says the fact the assembly is being held at all is testament to gender equality being firmly “back on the agenda” after several years where it was not widely considered important.

“Younger people in particular have said there has been progress on gender equality, but there hasn’t been enough. Gender equality is not a finished journey, and there are a lot of people suffering because of gender discrimination of one kind or another.”

Following the assembly’s deliberations, Dr Day will have 12 months to write her report for the Oireachtas, though she hopes to submit before the end of the year. “The timing is good because there will be a new government settling in by then.”