Elements of the health service are ‘scandalous’, says Archbishop of Dublin 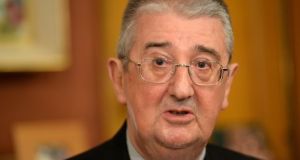 In a sermon to mark World Day of the Sick this week Archbishop of Dublin Diarmuid Martin said ‘we live in an Ireland marked by a strange incongruence’. File photograph: Dara Mac Dónaill

The Catholic Archbishop of Dublin Diarmuid Martin has described aspects of Ireland’s health service as “scandalous” and asked people to hold politicians to account for promises made during the general election campaign.

In a sermon to mark World Day of the Sick this week he said “we live in an Ireland marked by a strange incongruence. We live in an era of astonishing progress in medical science.”

He continued “we have among us doctors, nurses and carers with extraordinary human qualities and dedication. Yet many aspects of our health care system are scandalous.

“Our extraordinary doctors, nurses, and carers feel let down. Sick children and the elderly are left waiting and exasperated. Hopefully, the many commentaries and the many promises we have heard in these election days will not remain empty words. We have an obligation to keep our leaders to their words,” he said.

“In our time despite the great progress of medical science, many of those who are sick suffer from a deep loneliness or abandonment or a sense of being rejected and the feeling that society simply passes them by and leaves them on their own,” he said.

“The faith of the sick challenges us to see where our hearts truly lie.”

As Christians “we have to see those who are poor, naked, and hungry”, he said.