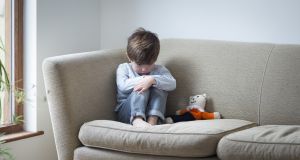 ‘Survivors must be treated with dignity and respect throughout any investigative or reporting process,’ said Clíona Saidléar, executive director of the Rape Crisis Network Ireland. Photograph: Getty

There is a “plain” need for legal reforms around how Tusla, the child and family agency, investigates child abuse allegations, the Government’s special rapporteur on child protection, Dr Conor O’Mahony, has said.

New guidelines from the agency, which provide a person accused of abuse the potential opportunity to question an alleged victim, are a product of the “imperfect legal environment” Tusla operates in, Dr O’Mahony said.

Possible legal reforms around how Tusla investigates allegations will form part of his first report to Government on child protection policy, he said.

Under the Child Abuse Substantiation Practice (Casp) guidelines, people under investigation for child abuse, including sexual abuse, will be permitted to personally interview their alleged victims in certain circumstances.

The introduction of the guidelines follows several legal cases brought against Tusla by individuals investigated over abuse allegations who claim their rights were breached by the agency.

Social workers must “stress test” allegations when interviewing complainants, the guidelines state, including by asking if there may be an “alternative explanation” or “misinterpretation on their part” in relation to the allegations.

Dr O’Mahony, a child law expert, said the policy to permit the cross-examination of a complainant is a “position driven by litigation and not by Tusla policy decisions”. He added previous court rulings had made it clear Tusla had “significant discretion” in determining how an alleged victim might be cross-examined by the accused.

The need for reform of the legislation Tusla relied on to conduct investigations was “plain”, but the exact changes needed “to be worked out carefully”, Dr O’Mahony said.

Current legislation has been criticised as it does not provide details on how Tusla should balance the various rights of the alleged victim and the accused when investigating allegations, he said.

Dr O’Mahony said he did not believe it was satisfactory this balance was set out in policy guidelines, rather than legislation. He said he would be “exploring this issue in detail” in his first report to the Government as special rapporteur on child protection, which is expected to be published near the middle of this year.

The Casp guidelines, the details of which were reported by The Irish Times on Tuesday, are due to come into force in June and replace a previous 2014 policy.

Clíona Saidléar, executive director of the Rape Crisis Network Ireland, said gaining the trust of abuse survivors was critical in them sharing information, which potentially could be used to protect others.

“Survivors must be treated with dignity and respect throughout any investigative or reporting process,” she said.

Ms Saidléar attended a meeting with Tusla chief executive Bernard Gloster on Tuesday, where the new Casp guidelines were discussed. Mr Gloster assured her there would be a “consultation process” around the guidelines before their full implementation, and that “the document was subject to change”, Ms Saidléar told The Irish Times.

In a statement, a spokesman for Tusla said social workers “would never compel a person to participate in a process that they would deem harmful to themselves”. The guidelines outline several “different ways in which Tusla might explore the request for cross-examination, considering the least harmful approach for the person who made a disclosure”, he said.

The agency is “absolutely mindful of the trauma and emotional distress” experienced by survivors of historic abuse, the spokesman said.