'Anybody awkward was put somewhere. Ireland was closed, defensive, xenophobic' 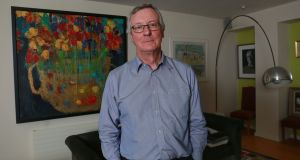 One of the things that stuck Mr Justice Seán Ryan’s mind during the years when the commission heard evidence was the extraordinary number of people held in institutions over those decades in Ireland. Photograph: Crispin Rodwell/The Irish Times

Preparing to publish his investigation into Ireland’s religious-run residential institutions 10 years ago this month, Mr Justice Seán Ryan knew that he and his team had lived and breathed the subject.

However, none of them knew how the final report of the Commission To Inquire Into Child Abuse document would be received.

“Frankly no,” he says this week in his Dublin home, “[it was] certainly eerie for a while”. Then the Sisters of Mercy came out and publicly accepted the report’s findings.

Others followed, even if it “took some time”, he adds. “It was only really then I began to realise what we had been doing and just how much we’d all been tied up in it.”

The document attracted global headlines, described by Mary Raftery in The Irish Times as “ a monument to the shameful nature of Irish society throughout most of the decades of the 20th century, and arguably even today”.

Children had suffered neglect, physical and emotional abuse, while sexual abuse was endemic in all boys’ institutions

Looking back, the Christian Brothers-educated judge believes cruel residential institutions existed in Ireland for so long as they did because the State was in thrall to the Catholic Church.

The commission, which was established in 2000, found that children had suffered neglect, physical and emotional abuse, while sexual abuse was endemic in all boys’ institutions.

“When the State was founded, 1922, you removed one element, namely the British influence, that was not in thrall to the church and the vacuum was filled by the church,” says Ryan.

“My sense is that the Catholic Church, and it’s easy to blame the Catholic Church for everything, my sense is that [their] attitude was, “this is our responsibility, we own this, butt out. But in a sense the State is us because the civil servants are all sorts of Catholic Christian Brothers’ boys, everything else and so on. And the bishop. The politicians are scared out of their wits. Nobody is going to challenge the church and the church owns the system.”

In a lengthy interview with The Irish Times he says a lesson from all that is, “who owns the system? You could say the same about the health service, education, anything you like – who owns it? The State technically had the legislative capacity to affect things but the relevant people could say, ‘oh, no you don’t’.”

In Britain all such big institutions for children were replaced with smaller homes in the 1920s.

In fairness to the Irish State, Ryan recalls how in the 1930s it “set up the Cussen Commission. It looked into the Artane boys’ home and the 800 young boys held within its walls.

“The Christian Brothers made a big submission to them. ‘How dare they?’ There were ‘alien influences’ and so on, an ‘alien and the native thing ’, a real pulling out of all the stops,” he says.

Nevertheless “the Cussen Commission recommended in 1936 that Artane be divided into four in the belief, naive in my opinion, that 200 was a reasonable number. But whatever about 200, 800 was monstrous; 800 suited the Christian Brothers – there was a huge income from it.”

It was “hugely” profitable, says Ryan, who was educated by the Christian Brothers in the O’Connell Secondary School on North Richmond Street in Dublin’s north inner city.

One of the things that stuck in his mind during the years when the commission heard evidence was the extraordinary number of people held in institutions over those decades in Ireland.

Ireland was 'closed, defensive, nationalistic, xenophobic'. There was 'Radio Éireann, that was it . . .'

Then, of course, there were “psychiatric institutions. I mean anybody awkward was put somewhere.” Ireland was “closed, defensive, nationalistic, xenophobic”. There was “Radio Éireann, that was it. Look at the situation: extreme poverty, no jobs, no prospects, contraception unlawful, sex for procreation only, desertion among poor people widespread. A fella gets fed up of all this, he had no job and he goes to England. There were no children’s allowances until sometime in the 1940s, so the depths of need and sheer total deprivation; censorship, you couldn’t buy a book”

As to the report’s significance? He says “I think for an official report to endeavour to assess a whole system of dealing with children – that was very unusual, if not the first. And to do it on a national scale, to try to reach clear conclusions based on our evidence. The very fact that we were doing that, the very fact that the government set that up as a commission and that it followed the taoiseach’s public apology, they were the unusual features. That was already suggesting a sea change. I think it reflected it; it may have assisted it.”

Concerning the current controversy over access to documents generated by the commission, he believes there are “issues of considerable legal complexity” involved.

The Retention of Records Bill 2019 will allow for a review of the timeline on releasing the files 25 years after it becomes law.

Ryan says survivors “gave their evidence [to the commission] on the basis of the 2000 and 2005 legislation. That has, as far as possible, [provided] absolute protection for confidential committee material and as for the investigation committee there is a prohibition in legislation from revealing not only the identity of an alleged abuser described in the private hearings but on giving information that might lead to the identification of that person.

“That’s a problem. The material will reveal the names of the survivors who participated in the commission’s work.”

He adds that “from the congregations’ point of view, they will contend that the materials that are not in the report are allegations that may or may not have been proven. What was proven and the way it was proven is the way it’s set out in the report. And that was the original intention of the legislation.

“So there could be issues, and as a lawyer, leaving aside any view I may have, I have to acknowledge that there are issues of considerable legal complexity in trying to resolve either of those interests.”