In advance of next week’s local and European elections, we look at parties’ child poverty initiatives 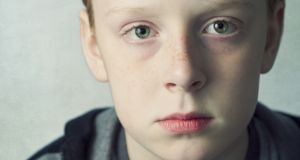 No Child 2020 is a new initiative by The Irish Times, providing a sustained focus on child welfare and children’s issues over the coming year. Inspired by the democratic programme issued by the first Dáil a century ago, we explore the problems facing children in Ireland today and offer solutions that would make this a better country to be a child.

Ending child poverty should be an easy political promise to keep, right? As wholesome an aspiration as motherhood and apple pie. One no voter could possibly disagree with. You’d think.

So why, 100 years on from the first Dáil’s declaration that “no child shall suffer hunger or cold from lack of food, clothing, or shelter”, are our politics allowing still over 220,000 of our children to live in poverty?

When our political parties are asked this, and what they propose to do about it, much is revealed in their answers.

To lift children out of poverty, we must support their communities, their families and their parents – many of them single parents, Travellers, asylum seekers or living in the most disadvantaged areas of Dublin, Cork, Limerick and rural Ireland – out of poverty too.

This is an entirely different, more complex and highly contentious proposition politically than simply rescuing children from poverty.

Speaking to the main political parties, there appear to be two political approaches: ameliorating the worst effects of poverty on children with targeted strategies in the hope they as individuals will be empowered to lift themselves out of poverty; or addressing social inequalities generally to empower whole communities to escape it.

And while no party is likely to oppose measures offered by Fine Gael and Fianna Fáil to mitigate poverty’s worst impacts on children, some of the more radical approaches of the centre-left and left parties to tackle inequalities in housing, health and education would likely face vehement opposition.

The NoChild2020 initiative – a sustained editorial focus on child welfare by The Irish Times, and a parallel campaign for political change by the Children’s Rights Alliance – has five “asks”, under five headings:

The Government party, Fine Gael, says the “key objectives of NoChild2020 will be reflected” in the forthcoming Social Inclusion: an integrated strategy for 2019-2025. It points to Government strategies – some at proposal stage – to address specific issues.

On food poverty, estimated in 2015 to affect about 140,000 children, the party says funding is already provided for a breakfast for all children, and for lunch for 90 per cent of children, in Deis (Delivering Equality of Opportunity in Schools) schools.

A pilot scheme, to provide funding for schools to source daily, hot school-meals for all primary school children from September 2020, will start from this September in 36 schools.

Fine Gael has a mission to make home ownership affordable for the thousands for whom it remains out of reach. Under its Rebuilding Ireland strategy 35,000 new private and public homes a year will be built from next year. It says it will provide (not necessarily build) 12,000 new social housing units a year by 2021 (4,000 per year) “through new builds, renovations, acquisitions and long-term leasing”.

A new agreement will see a 40 per cent funding increase to GPs between now and 2023, meaning more services and free GP access for all under-12s. In education – “a priority area” – there will be a 5 per cent increase in schools’ capitation grants, while schools will be asked to reduce costs to parents.

Fianna Fáil too “supports a number of measures to tackle child poverty” including increasing welfare payments to children and reform of the One Parent Family Payment.

The party appears to accept homelessness as a feature of many children’s lives for some time to come, with several policies to mitigate its worst effects. It proposes a ring-fenced fund for schools to support homeless children with additional tuition, homework clubs and psychological supports; an exceptional needs payment for homeless families, and that all emergency accommodation should have adequate facilities for food preparation and storage.

Fianna Fáil says it will deliver (not necessarily build) 50,000 new social housing units by 2024 (5,000 per year) and increase investment in early intervention services.

Moving left, the Social Democrats, the Green Party and Labour want more public involvement in the delivery of housing, education and healthcare.

Both the Soc Dems and the Greens support a referendum to insert a right to housing in the Constitution, while all three want a significant shift from the private sector to deliver social housing – “to a system that is led by public interests” (Soc Dems), “specific inclusion of the rights of people with disabilities in housing policies” (Greens) and greater obligations on local authorities to vindicate children rights in homelessness policies (Labour).

The Greens plan to “take on food poverty by firstly ending poverty, including through . . . the creation of a universal basic income”.

The three parties support and would extend the free school meals programmes, and Labour would have these provided directly to the schools by local authorities (as happens in Finland).

In education, rather than advise schools on how to reduce costs, the parties would reduce costs to parents as policy – with the Soc Dems “committed to introducing free primary and secondary education”; Labour allocating €20 million a year to begin providing free school books at primary and planning to prohibit “voluntary” contributions, and, the Greens allocating €230 million for a fully free primary and secondary education – covering books, uniform, after-school activities etc.

In health, all three are committed to the 2017 Sláintecare plan published by the Oireachtas health committee. The 10-year plan promises to hugely expand community and primary care services, do away with the need for private health insurance and significantly reduce waiting lists.

The three agree disadvantaged children’s and young people’s access to the arts and sports is too often closed by cost. The Soc Dems would increase investment in community facilities; the Greens say its €230 million investment in free education would include wide access to arts and sports through schools, while Labour pledges promotion of the “European culture cheque” concept – vouchers giving free access to all young people in the EU to cultural events and venues.

People Before Profit/Solidarity have far-reaching plans for tackling the inequalities under-pinning our stubborn levels of child poverty. They would also cost the most.

Perhaps their least controversial policies would be in tackling children’s food poverty and increasing participation in arts and sports. They would provide free hot meals to all children, during the school year and during holidays (as is done through parks-playgrounds’ kitchens in Finland) – to protect against “holiday hunger”.

They would “increase significantly basic social welfare rates to meet the basic cost of living and establish a living wage of at least €12 per hour”.

They would embark on an “emergency programme of constructing tens of thousands of local authority housing units, to eliminate housing waiting lists” (estimated at more than 100,000).

They would “ensure free primary, secondary and third-level education”. This would mean free school books, free school activities and private schools and colleges could no longer charge fees. They would establish a fully-public National Childcare Service, guaranteeing access to childcare, initially at an affordable cost and, eventually, for free.

In health they would establish a national health service to “ensure free, universal access healthcare based on need”. Staffing levels in Child and Adolescent Mental Health Services would be increased to the levels set out in the 2006 Vision for Change strategy for mental health.

These would require higher and new taxes, including higher corporation taxes.

At a political gathering, attended by all political parties and hosted by the Children’s Rights Alliance last week, there was unanimity that a three-year national strategy led by the Taoiseach, Leo Varadkar, was needed to eradicate consistent poverty among children. It would require input from all Government departments and mandatory deadlines for action.

Such collective action is needed if we are serious about tackling child poverty – if only so that no one party, or minister, has to face down the likely resistance to the necessary actions on their own.

Ending child poverty is not as politically popular as we might wish.