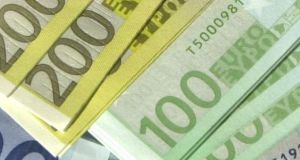 The congregations have yet to pay in full compensation deals reached in 2002 and 2009. Photograph: Alan Betson

Eighteen religious congregations who ran orphanages, reformatories and industrial schools investigated by the Ryan Commission have yet to fully honour compensation deals reached in 2002 and 2009.

In 2002, they agreed to hand over €128 million, mostly in properties, but €4.21 million (3 per cent) is still outstanding. Negotiations over the handover of some properties continue.

The €128 million was agreed at a time when the department of finance believed that redress compensation would cost the State between €250 million and €500 million.

In October 2003, the Comptroller and Auditor General reported the department of education and science in 2001 believed that the number of claims were “likely to exceed 3,000 and might rise to 4,000”.

Following the Ryan report on May 20th, 2009, all 18 congregations were called in by the then taoiseach Brian Cowen, and asked to increase their contributions on top of that 2002 deal.

Combined, they offered €352.61 million more. So far, just €103 million has been paid over (in cash and property), or just 29 per cent of that offer. Negotiations continue over the transfer of ownership of nine properties.

The congregations investigated included the Sisters of Mercy, who ran 26 industrial schools, while the Christian Brothers, the largest provider of residential institutions, filled eight chapters of the Ryan report.

A conference entitled, “Facing the Future Together” and organised by the Christine Buckley Centre and friends, will take place at the Edmund Burke Theatre in Dublin’s Trinity College from 10am.

From Monday, 10 people will share their personal testimonies at the Liffey Corner of the CHQ building at George’s Dock in Dublin, organised by the survivors’ agency, One in Four.

Correction: The original report said Mr Justice Sean Ryan had recommended that compensation costs should be met equally by the State and by the congregations. This is incorrect.