After a 23-year fight for abuse survivors, Carmel McDonnell Byrne retires (sort of) 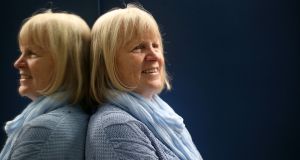 Carmel McDonnell Byrne at the Christine Buckley Centre for Education and Support offices in Dublin city centre ahead of her retirement on May 30th. Photograph: Laura Hutton/ The Irish Times

For years Carmel McDonnell Byrne was the woman behind Christine Buckley, a quiet figure who has fought many battles over 20 years in the cause of those abused in Ireland’s residential institutions.

The 64-year-old veteran campaigner retired on Thursday as chairwoman and director of the centre near Dublin’s Ha’penny Bridge, first named the Ashlinn but later named after her better-known friend and ally. She is being succeeded by Donal Buckley, husband of the late Christine Buckley.

Today, the Christine Buckley Centre Dublin, which opens from Tuesday to Friday, helps on average 185 people a week. Most of them are now between 58 and 70 years of age.

Like Buckley, McDonnell Byrne, who was one of eight children, was held in Dublin’s Goldenbridge Industrial School from 1965 until her release in 1972.

Others looked at one another and said, ‘Are you related to me, because you look like me’

She was nine when her mother left their home in Drimnagh, Dublin on July 9th, 1965. The eight children were all under 14. Their father was unable to look after them and they were placed in institutions.

On August 28th, 1965, she, her two sisters and two younger brothers were placed in Goldenbridge Industrial School run by the Sisters of Mercy; the older boys in St Saviour’s on Dublin’s Dominick Street.

At Goldenbridge “we suffered at the hands of cruel perpetrators who violated each of us physically, mentally, emotionally”, she recalled. A sister was sexually abused by a workman there.

In July 1966, two of her brothers at St Saviour’s, Harry and Robert, were drowned on a trip at Rossnowlagh in Co Donegal, along with another boy, while swimming unsupervised.

In 2007 and after a lifetime struggling with depression, a was found dead in Dublin. Another brother Danny died with heart problems aged 61 in 2014.

Goldenbridge closed in 1983. Following the broadcast in 1996 of the Dear Daughter documentary, which detailed abuse suffered by Christine Buckley, Bernadette Fahy and others, McDonnell Byrne made contact with Buckley.

Together, they decided to organise a gathering for abuse survivors, calling it One Happy Day, bringing together people who, in most cases, had never met after their incarceration ended.

“It was very difficult. We had rung up a few hotels and we were horrified when they said yes, we could have the hotels if they [the survivors] come in the back. Shocking. That was our realisation of the stigma,” she said.

The event took place at the RDS in Ballsbridge on April 22nd, 1996. They expected 500 people, but more than 700 came. “It was a great day. Sisters met sisters, people met uncles.

“Others looked at one another and said, ‘Are you related to me, because you look like me’, things like that. Then there was a couple. Neither had told the other where they were going that day and they met at the RDS.

“Both had been in an institution. We still have that here [at the centre]. We have people here who haven’t told spouses. It’s all the stigma and shame,” McDonnell Byrne told The Irish Times this week.

Quickly, they realised the challenges: “My God, the literacy problems. We had to write people’s names down for them when they came in. We sat down and discussed what really needs to be done.” So, the Aislinn Centre was born.

Today, McDonnell Byrne is still campaigning, especially for the memorial to the institutional abuse victims that was recommended by the Ryan Report a decade ago to carry the 1999 apology of then taoiseach Bertie Ahern. The 2009 Ryan Report resulted from the Commission to Inquire into Child Abuse which investigated child abuse in Irish institutions primarily run by Catholic orders.

The taoiseach had said: “On behalf of the State and of all citizens of the State, the Government wishes to make a sincere and long overdue apology to the victims of childhood abuse, for our collective failure to intervene, to detect their pain, to come to their rescue.”

Ten years on, no such memorial has been erected. Though €500,000 was put aside for one at the Garden of Remembrance on Dublin’s Parnell Square, it was refused by An Bord Pleanála in November 2013.

The planning body ruled that it would adversely impact the setting, character and function of the existing memorial to those who died fighting for Irish freedom. An association between the two was inappropriate, it ruled.

“I’m very upset about the memorial. It was one of the first things we put in our submission [to the Ryan Commission]. Christine knew how I felt losing two brothers. Now I have lost another brother and sister; that’s half of my family wiped out. They were in institutions. I’ve always said we should have a memorial,” she declared.

More than 20 years on, she still remembers the first formal meeting she and others had with Bertie Ahern, Micheál Martin and the then minister for education, Michael Woods.

“Each stood up and shook hands and said we believe you. That was huge,” she said, “It was just nice to know that somebody believed you, because they looked us in the eye. I’ll never forget that look.

“The shock on their faces, I can still see it. I could see they were believing but at the same time there was a ‘this can’t be real’ expression, except the documentary had been on, Dear Daughter,” she went on.

Though retiring, McDonnell Byrne will stay a board member of the centre, and will continue to be a dedicated, if understated campaigner, but one with more time for her seven grandchildren.

Most especially, she will continue to push for a HAA (Health Amendment Act) card for all abuse survivors. The card is already available to Hepatitis C survivors; it entitles holders to an extensive range of medical services for life.

The centre was renamed two years ago after Christine Buckley who died in 2014, even though Buckley had “never wanted anything called after herself. She didn’t like accolades.”

McDonnell Byrne’s own life story took a happier turn after Goldenbridge, when she went to live with the fabulous Seán and Marie Becton “very close to my old home in Drimnagh”.

She had become friendly with the Bectons in Inchicore “who took me into their home. They were the kindest people I ever met and became the parents I should have had.”

The Bectons’ three sons “look after me so well” and “always introduce me as their sister Carmel”. She has four children of her own, and today is amicably divorced.

In July 2005, she and her brother John tracked their mother to a house in Manchester. It was not a happy encounter.

They challenged her about leaving her eight children 40 years before and McDonnell Byrne accused her of abandoning her to be sexually abused by her father in the weeks before being put in Goldenbridge.

They discovered their mother had a ninth child in England from a second relationship, but that this girl had spina bifida and died at 22. After a 35-minute meeting, they left. “I felt like jumping in the air. I think I said ‘I did it, now I can have closure,’ ” she said.