Crash occurred on the Strokestown Road at Aughagreagh just after midday 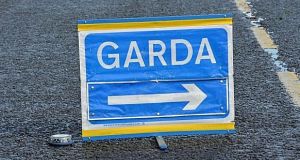 A woman in her 70s has died in a single-vehicle road traffic incident that occurred in Co Longford on Wednesday.

The collision occurred on the Strokestown Road at Aughagreagh at about 12:50pm today.

The woman was pronounced dead at the scene and her remains have been taken to Mullingar Regional Hospital.

The scene remains closed for a Garda technical examination.

Gardaí are investigating the incident and are appealing for anyone who was in the area between 12.45pm and 1pm to contact them, particularly those who may have dash-cam footage.

Meanwhile, the father and son killed in a road crash in Co Offaly on Monday have been named as Vincent and Sully Rossi.

Mr Rossi, from Co Laois, was the father of three children who were travelling in the car in which he was driving when it collided with an articulated truck.

His five-year-old son, Sully, was killed in the crash. His daughter Hayley (9), remains in a critical but stable condition in Our Lady’s Children’s Hospital, Crumlin. Another son Daniel (8), was treated at the Midland Regional Hospital Tullamore, but his injuries were not life-threatening and he was discharged.

Gardaí are appealing for anyone with information in relation to either collision to phone the Garda Confidential Line 1800-666111 or any Garda station.