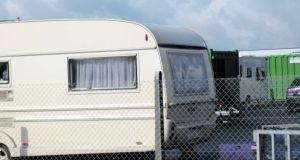 Travellers in Galway continue to live in overcrowded, damp and mouldy accommodation with overflowing sewerage, insecure electricity, rat and fly infestations and no facilities for children, one year after a report detailing conditions prompted assurances of change.

The 2019 #TravellerHomesNow monitoring report, published on Tuesday by the Galway Traveller Movement (GTM), details progress made since its original report of the same name last year. That report said many sites across Galway city and county were without regular rubbish collections and their landlords – the local authorities – carried out little or no maintenance on the homes for which the residents paid rent.

The findings presented a picture of poverty and social exclusion for hundreds of Traveller adults and children across Galway city and county, and amounted to multiple violations of their human rights, according to GTM.

According to this update-report there has been “no progress” in the majority of issues identified across the 18 sites though “limited progress” in a small number.

“The lack of urgency to remedy or redress the substandard conditions on Traveller halting sites and group housing schemes in Galway city and county is unacceptable,” says the report. “The pace of substantive progress is far too slow. Some families are living in the same dire conditions for decades and have expressed feelings of hopelessness.”

In Galway city, at the Carrowbrowne temporary site there remain rat and fly infestations, unsatisfactory sewerage system and dilapidated sheds and mobiles. At the Carrowbrowne transient site “no progress” is reported on the need for extensive repairs, and an “ongoing infestation from rats . . . and flies”. There has been “limited progress” at Clós na Choile in Ballybane in treating the houses for damp and mould, overhauling the heating, but no progress in overhauling the sewerage system.

At the severely overcrowded Cúl Trá site in Salthill “no progress” is reported on providing alternative Traveller specific accommodation to enable some families there to move away. There has been “limited progress” in refurbishing the site and improving fire safety.

No progress is reported at the Fana Glas site in Ballybane, where “tenants have continued to highlight” issues including damp, mould and lack of play areas for children.

There has been “no progress” on issues including overcrowding, structural damage, lack of maintenance, rodent infestations and lack of fire exits and hoses at other locations including site on the Tuam Road, the St Nicholas Park group housing scheme and halting site in Doughiska.

In Galway county, eight sites and group housing schemes are surveyed. Limited progress is reported on the redevelopment of bays at the Capira site in Portumna. None however is reported on provision of a green space for children.

There has been “no progress” on the need to repair the sewerage system, urgent structural issues or a green space for children at the Cloonlyon Crescent housing scheme in Ballygar, or the overcrowding problems for Travellers in Craughwell. Nor has there been progress with structural, damp and heating issues in houses in Sandymount, Killimor, or with lighting, disability access or access for emergency services to the Gort Bridge site in Loughrea.

A report last year, from the Irish Human Rights and Equality Commission, found the Traveller community was the group most at risk of homelessness and also experienced highest level of discrimination when seeking rented housing.