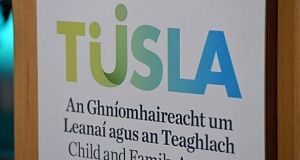 Tusla referred the case to the National Review Panel to investigate how the case was handled.

Systemic flaws in management, serious errors of judgement and poor assessment and decision making all played a role in the State’s failure to protect three children who were repeatedly raped by a teenager while in the care of the Health Service Executive between 2003 and 2007, the National Review Panel (NRP) has found.

The authors of the NRP report into the treatment of three girls cared for by foster parents Kathleen and Gerry Burke in Dunmore, Co Galway found that a “grave and heinous sexual abuse” had been perpetrated by the couple’s son on the children.

Keith Burke (29) of Addergoolemore, Dunmore, Co Galway, was last year jailed for 7½ years at the Central Criminal Court for the rape of the three girls between 2003 and 2007. He was aged between 14 and 18 at the time, while the girls were all under 10.

In 2007 one of the victims revealed she had been sexually abused and that a second girl, who was living with the same family, had also been raped. However, the two other children in the foster home denied that anything untoward had happened to them. A decision was made to leave them in the foster home under a safety plan which stipulated the couple’s son must live elsewhere and have no unsupervised contact with them.

The first girl’s allegation was assessed by the HSE as being credible and a file was sent to the DPP but no prosecution followed. Four years later one of the girls who had initially denied the abuse admitted that she had in fact been abused by Keith Burke over a number of years.

A Garda investigation later found a fourth young person, who had lived with the family many years earlier, had also been abused.

Tusla referred the case to the NRP to investigate how the case was handled. The review criticises the risk assessment of the family as “narrow and inadequate” and the safety plan implemented after the disclosure of abuse as “unsound”.

The plan did not identify the obstacles created by the foster carers’ refusal to believe any abuse had taken place and failed to recognise the “inherently limited capacity of” the social workers to monitor the situation, said the report. The family’s three sons were not included in the assessment process nor did it address the implications of placing female children into a family of boys, it added.

While the decision by the HSE’s social work department to leave two of the girls in the family’s care was made in “good faith”, there was “flawed assessment and decision-making and a lack of management oversight at critical points”. There was also no review of the foster placement following the first disclosure of child abuse.

The girls should have been moved, even though it would have been “disruptive to their stability in care and to the attachments they had formed with the foster carers”, said the review. It also noted that contact between fostering link workers and the family was infrequent and that link workers had little knowledge of the family’s birth children.

The ability of the social work department to share detailed information with the foster carers in the 18 months following the first and second disclosures of abuse was “impeded” by the Garda investigation into the crime, says the NRP, adding that this issue continues to cause problems for social workers throughout the country.

However, most of the weaknesses in the cases stemmed from “systemic flaws in management, which failed to recognise the seriousness of the allegation made and failed to respond proportionately to that”.

While it recognises the abuse took place before the establishment of Tusla, the review recommends that the child and family agency develop a multi-agency policy response when dealing with complex child abuses cases and that such cases be overseen by senior management including gardaí and social workers with access to external expertise.

The National Policy and Procedures: Fostering Link Worker’s Role (2012) should be reviewed while the new model of investigation, assessment and management of child sexual abuse allegations being trailed by the Government must be based on a clear understanding and respect for the role and expertise of each agency involved, it said.

Any future assessment of foster families must be comprehensive and involve all family members and people living in the household while foster carer’s development should be regularly reviewed, it concludes.