Local authorities spend less than half of allocation for Traveller accommodation 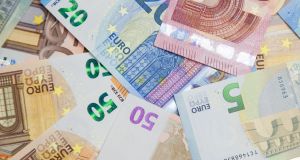 Almost half the money allocated to local authorities for Traveller accommodation over the past two years has not been spent, figures from the Department of Housing show.

A number of counties have not drawn down funds in either year. This is despite what Traveller campaigners have described as a “Traveller housing crisis within a housing crisis”.

The number of Traveller families living on unauthorised sites – usually without running water or a secure electricity supply – or in overcrowded conditions continues to increase. The latest data for 2016 show there were 1,499 families in such conditions, up from 1,396 in 2015 and 1,172 in 2014.

Children in these families are more likely to be living in severe poverty and to suffer chronic illness and education under-attainment than their settled peers.

Among those local authorities which have drawn down no money in the past two years is Clare County Council. It has been allocated €369,200 and has 12 Traveller families living by the side of the road and 12 in overcrowded conditions, according to department figures.

Cork County Council, which has 34 Traveller families by the side of the road and 42 in overcrowded conditions, was allocated €140,000 and has drawn down nothing.