State research on sexual abuse to be updated 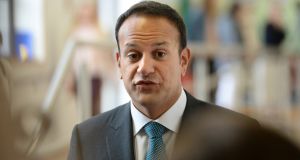 The Government is to update State research on sexual abuse following political pressure to refresh a study on the issue which was last carried out 15 years ago.

The Cabinet sub-committee on social policy on Thursday decided that a new project should be carried out to update the outdated 2002 Savi (Sexual Abuse and Violence in Ireland) report.

The Government has been called on to update the Savi report on a number of occasions, including last month in the Dáil by Independent TD Catherine Connolly and Sinn Féin’s Mary Lou McDonald.

Organisations such as the Rape Crisis Network had also called for another in-depth study, similar to Savi, as well as better organisation of statistics gathered by State agencies.

A group will be set up to initially examine the scope of the new review, and it will be led by an independent chairperson. It will report back by February on the exact nature of the new exercise. “This is not a box-ticking exercise, it is a serious thing,” a government source said.

Taoiseach Leo Varadkar previously said he had an open mind on updating Savi and if Government officials believed expenditure on an academic analysis or statistical report should be prioritised over alternatives, he would be happy to consider it.