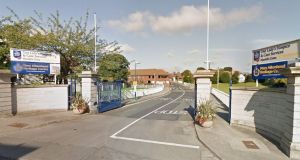 Gardaí are investigating the sale of a property in Spain belonging to Our Lady’s Hospice and Care Services, after an internal audit found that the hospice received less than expected from the deal.

The inquiry relates to a property in Spain that was bequeathed to the Dublin-based hospice group.

An internal investigation into the sale of the property was launched after concerns over the deal were brought to the chief executive and board of directors.

In a statement on Saturday the group said the internal inquiry was launched “as we were concerned that the sale did not produce the expected benefit.”

It said the staff member involved had been dismissed .

The care group forwarded the matter to the gardaí, the Charities Regulator, and the Health Service Executive. The issue is still the subject of an ongoing investigation by gardaí.

“We can confirm that the circumstances surrounding the sale of a property in Spain that was bequeathed to the hospice was a central focus of the audit,” a spokeswoman for the hospice said.

The internal audit covered the period between 2008 and 2015. The hospice operates services in Blackrock and Harold’s Cross in Dublin.

A statement released by the hospice group on the matter said “the board of directors and the senior management of Our Lady’s Hospice and Care Services (OLH CS) apologise unreservedly for the shortcomings outlined in the audit.

“We are sorry that we did not have more robust financial processes in place to prevent any such issue arising. OLH CS has introduced a suite of financial policies including a robust bequest and legacy policy with checks and balances to improve our financial procedures and ensure best practices.

“Our primary concern at all times is the needs and care of our residents, patients and their families. We are grateful for the support we receive from everybody who is associated with OLH CS - our residents and patients, their families, our fundraising supporters, our staff and volunteers and the general public”.

The group received €3 million in public donations last year, and €3.1m in 2015, according to its annual financial accounts.

The group employs 600 staff and is supported by 330 volunteers. The hospice was established by the Congregation of the Religious Sisters of Charity.