The word Christmas ‘has lost all meaning for believers’, priest says 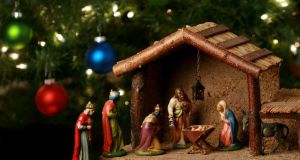 ‘The word ‘Christmas’ no longers conveys the significance of the God who joined the human caravan and walked in our shoes,’ Catholic priest says

The word Christmas “has lost all meaning for believers,” Oblate priest and psychologist Fr Desmond O’Donnell.

“The word ‘Christmas’ no longers conveys the significance of the God who joined the human caravan and walked in our shoes,” he said. “Christmas has a different connotation now,” he said.

Where many were concerned today, when it came to the religious significance of Christmas, “in general most people are not at that level of awareness,” he said. “Like the word Easter, it’s gone,” taken over by commercialisation.

“It’s not a tragedy. Let them go. Even the word ‘God’. Your father had a different understanding of ‘God’ to what you have,” he said.

He suggested that believers should now substitute the word ‘Nativity’ for Christmas. “In a few weeks as a priest I should invite people to celebrate the great feast of the Nativity,” he said. At Easter he might invite them celebrate instead the greatest Christian feast of all, the Resurrection, he said.

He has no problem with people celebrating Christmas or Easter, however. Celebration was “vital to human experience. Human experience gasped for celebration”, he said. It craved, as Psalm 104 said, for “ wine that gladdens human hearts, oil to make their faces shine.” he recalled. He “devoted a whole chapter in my new book ,To Love and to be Loved, to that.”

Fr O’Donell has nothing against “ordinary commerce and exchange but it is a pity about commercilisation. It’s not good anywhere. Even people are for sale now,” he said.

Currently based in Dublin’s Inchicore, he was ordained in 1953 and has had a lenghty missionary career which included service inAustralia for 28 years.

Based in Rome for a period he had also visited Flanders, Malta, Poland, and other Catholic countries as a general counsellor for his congregation. “It involved 600 plane journeys over 12 years,” he said.

There was noticed a pattern. Many years ago “I saw it in Flanders which was 100 per cent Catholic. Family life began to break down, church going broke down, vocations began to drop. That was 50 years ago.”

He noticed the exact same pattern begin in Canada’s Quebec later, “followed by Ireland 30 years ago. Then Malta and now Poland.” It’s “very new in Poland but vocations there are down a third while that of nuns is down two-thirds.”

Over time his experience of those countries was “like watching the same movie five times over,” he said. His own Oblate congregation is down from 7,500 worldwide when he joined, to about 4,000 today while the Jesuits, once at a maximum of 36,000 worldwide, were now down to 17,000.

Church of Ireland Primate Archbishop Richard Clarke has described Fr O’Donnell’s book To Love and to be Loved as “a work of rare brilliance” and “the fruit of a lifetime of wise reflection, wide reading, deep prayer and an energetic love for others and for God.”