Legislation for investigations into child sex abuse ‘unfit for purpose’ 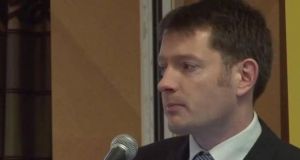 The legislation underpinning Tusla’s investigations into child sex abuse (CSA) is “arguably unfit for purpose” and potentially “fails to protect children”, the Government’s special rapporteur on child protection has warned.

Dr Conor O’Mahony, in his first annual report since he took up the role last year, said there was “no legislative guidance” on balancing the rights of alleged victims and alleged perpetrators, leaving Tusla at risk of conducting “ineffective investigations”.

He raised serious concerns about the potential of social workers to breach vulnerable parents’ rights and a dearth of therapeutic services for child victims of sexual assault.

The 152-page report, published by the Department of Children on Wednesday, examines Section 3 of the 1991 Childcare Act. The section, the only legal provision for Tusla investigations into alleged CSA, says it “shall be a function of the agency [ie Tusla] to promote the welfare of children who are not receiving adequate care and protection”.

“In the performance of this function, the agency shall take such steps as it considers requisite to identify children who are not receiving adequate care and protection and co-ordinate information from all relevant sources relating to children in its area.”

Dr O’Mahony’s report said the lack of guidance on how investigations should proceed has left Tusla filling these gaps “on the job”.

Numerous court challenges to investigations, brought by alleged abusers, have resulted in Tusla having to second-guess court decisions on its investigations – giving rise to “a risk of defensive practice” and “ineffective investigations that fail to uncover crucial information”, according to the report.

Among its recommendations is that the 1991 Act be amended to expressly empower and oblige Tusla to receive and assess abuse complaints, to share information, and to make plans to protect children at immediate and potential future risk.

On informing alleged abusers of a disclosure about them, especially in cases where the allegation is historical, this function should be transferred to the National Vetting Bureau, said Dr O’Mahony, noting that it operates under robust legislative provisions on when and how this should happen.

Risks to the children and parents’ rights in voluntary care arrangements – where a child is signed into care without a court order – are highlighted. For children, these include the “potentially unlimited duration of voluntary care agreements, absence of independent oversight, weak mechanisms for ascertaining the views of children, inferior resource allocation, and potential instability” where the arrangement can be stopped at any time by the parent.

Other recommendations are that parents have access to legal advice, that voluntary care agreements expire after three to 12 months, and children in voluntary care have an advocate or guardian ad litem.

The report also recommends it be mandatory to ascertain the views (if any) of all children in care proceedings, that the age of criminal consent be increased from 12 to 14 years, and that a referendum be held on a constitutional right to housing.

A section details “significant risks to parental rights” where “voluntary care agreements might not always be based on free and informed consent”. Drawing on material from ongoing investigation into the voluntary care system by the School of Applied Social Studies in UCC, it says social workers may tell a parent that if they don’t sign their child into care voluntarily, they will get a care order in court.

While social workers rejected these suggestions, the UCC investigation says: “the majority…in our focus groups acknowledged that the effect of the conversation might be to leave the parents feeling like they had little choice”.