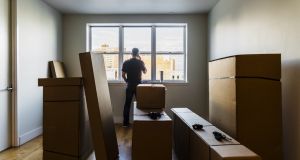 Tenants on the Housing Assistance Payment (Hap) have to top up the subsidy to cover the cost of rent because the scheme limits “fall far short” of market demands, an Oireachtas committee has heard.

Hap, a form of social housing support, is available to tenants seeking to rent accommodation, the cost of which falls under “rent limits” outlined in statutory regulations.

The limit varies depending on location and household type, though flexibility of up to 20 per cent may be provided, on a case-by-case basis, where a household cannot find suitable accommodation within these limits

However speaking at a meeting of the Oireachtas Housing Committee on Tuesday, representatives from rental-sector charity Threshold and St Vincent de Paul said cost of renting had increased since the legislation was enacted, but the limits remain “largely unchanged”.

Threshold chief executive John-Mark McCafferty said this has resulted in tenants having to bridge the gap between the cost of rent and payment provided by the local authority.

“One of the greatest obstacles faced by tenants is finding a place within the cap. Where they cannot, the tenant pays the shortfall in the form of a top-up to the landlord.”

Mr McCafferty said this was a particular issue for single people, an area he said where there are “enormous shortfalls”.

This has resulted in tenants struggling with day-to-day expenses such as electricity and food, he added.

“Hap limits are insufficient at meeting market rents, making it very difficult for low-income households to access private-rented accommodation. It fails to provide sufficient security of tenure and cannot meet the needs of people with a long-term housing need,” she said.

The representatives also cited incidents in which landlords refused tenancies to people in receipt of the payment. The two charities called for a review of the scheme to address these issues, adding that there is a need to “streamline” the process.

Approximately 59,000 households are supported by Hap. And the Department of Housing intends to provide an additional 15,000 households with the payment in 2021. Almost €560 million has been allocated for the scheme in Budget 2021.