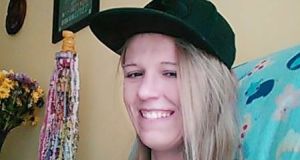 Monika Nawrat died in the Mater hospital on October 14th, 2019, after attempting to take her life in Dóchas women’s prison nine days previously

Six separate investigations are under way into the death of a mother last week who had attempted to take her life in prison nine days previously.

Monika Nawrat (33), a mother of two, died in the Mater hospital on Monday, October 14th. She had been on life-support since October 5th after she had attempted to hang herself in her cell in Dóchas women’s prison.

Her solicitor, Dorothy Walsh, who had been acting for her in a civil matter for a number of years, says her client was “utterly let down by a fractured and broken system”.

Originally from Zakopane in southern Poland but living in Ireland for more than 10 years, Ms Nawrat was arrested at her home in Bettystown, Co Meath, on October 3rd on foot of a bench warrant issued at Drogheda District Court in September for an alleged public order offence. Her children were with their father, elsewhere in the northeast, at the time of her arrest.

According to Ms Walsh, her client had epilepsy and experienced occasional psychotic episodes.

Trim gardaí brought her to Trim District Court. However, her solicitor Barry Callan was on duty at Dundalk court. In the circumstances she was not represented in court, says Ms Walsh, and had only an interpreter. She was remanded with consent on a €100 cash bail but she had only €5.

“Monika was brought back to Trim Garda station in a very distressed state. She self-harmed and tore her hair out in clumps. Gardaí were so concerned they called an ambulance and [she] was taken to Mullingar A&E.” An invoice for €100 from the HSE shows Ms Nawrat attended the emergency department on October 3rd.

“She received medication before being discharged to gardaí for transportation to Dóchas,” says Ms Walsh. “Trim gardaí tell me she described on her journey to prison that she would die by suicide and that she had nothing left.

“They say they handed her over to prison staff at 7.34pm, and explained they were so late because she had had to go to hospital, and that she was suicidal and that they were concerned about her.”

Dóchas prison staff are understood to dispute this, saying they were not alerted to any possibility that Ms Nawrat might self-harm or that she had been an emergency mental health patient earlier that day.

A Prison Service source says Ms Nawrat was placed in a close-supervision cell – due to overcrowding and not due to concerns for her safety – where she would have been checked every 15 minutes.

Ms Walsh, who liaised at times with Bettystown Family Resource Centre in her work with Ms Nawrat, says her client gave the resource centre as her next-of-kin to Dóchas staff. They contacted the centre to ask if it could pay her €100 bail.

On the night of October 4th/5th, Monika was found seriously injured in her cell, taken to the Mater hospital and admitted to the intensive care unit.

Ms Walsh was made aware of Ms Nawrat’s situation on October 7th, and visited her throughout the week. She was informed her client had been pronounced dead just after 11am on October 14th.

She has lodged complaints with the Inspector of Prisons and the Garda Síochána Ombudsman Commission, raising concerns about why her client was not treated as a vulnerable person, and about apparent contradictions between the accounts of gardaí and prison staff.

A spokesman for the Prison Service said: “With all deaths in custody there are three separate investigations: by the Irish Prison Service, the Inspector of Prisons and An Garda Síochána.”

Ms Nawrat’s death will also be investigated by Dublin City Coroner, Gsoc and the Polish embassy.

A spokesman for the embassy described the death as a “tragic case”, adding: “We are going to investigate the death of Monika, and we are in touch with the coroner in this matter. Every case is different and we proceed individually. However, we always try to fulfil the wishes of the closest family of the deceased, especially children.”

Bettystown Family Resource Centre said it could not comment on the case other than to extend its condolences to her children.

Mr Callan said he could not comment on the case.

The Garda press office would not comment on an individual’s case.

Ms Nawrat was an only child, and spent much of her childhood in state care in Poland. She is understood to have lost contact with her biological parents. Her body remains in Dublin City mortuary.

The Polish embassy, asked if it would arrange a funeral, said: “The family always has the priority to make the funeral arrangements.”