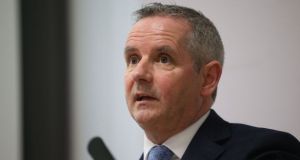 HSE chief Paul Reid said the Government should put in place “incentives” to facilitate the consolidation of some voluntary agencies in the sector. Photograph: Nick Bradshaw

The head of the HSE has flagged “serious concern” about the deteriorating financial position of a number of organisations providing disability services across the country.

Paul Reid said the Government should put in place “incentives” to facilitate the consolidation of some voluntary agencies – known as section 38 and section 39 organisations – in the sector.

Mr Reid said there was an urgent need to reform the disability sector when he wrote to the secretary generals of both departments at the end of July.

Details of Mr Reid’s warning to the Government emerged as the St John of God organisation notified the HSE that it had decided to cease running the majority of its healthcare services due to a funding crisis. It is to transfer responsibility for services to the HSE over a 12-month period.

In a letter to staff, seen by The Irish Times, chief executive Clare Dempsey said the organisation’s financial deficit had reached €37.7 million.

Trade union Fórsa on Thursday expressed concern about the impact on staff. Fórsa said it would insist its members’ terms and conditions “will be protected” during the transfer to the HSE.

Meanwhile, the board of Stewarts Care, another large provider of disability services, has expressed concerns over that organisation’s financial viability.

Board minutes from a meeting last December, seen by The Irish Times, outlined the organisation would have to consider issuing a 12-month notice for the HSE to take over its services. The meeting discussed whether Stewarts Care should formally enter “a dispute with the HSE regarding inadequate funding”.

Board chairman Gerry Fagan told the meeting of “the serious financial position the company is in”, according to minutes. The organisation has a current accumulated deficit of approximately €4.5 million, a spokesman said on Thursday.

Minister for Disability Anne Rabbitte said she was “very aware” of the funding issues facing providers, adding that it was “the opportune time to address the deficits that have accumulated”.

Mr Reid’s letters to the Department of Health and the Department of Children followed an earlier report provided by senior officials in the health authority to its board, which warned that the current model for the provision of services to people with disabilities was not sustainable.

Mr Reid in his letters said: “The HSE provides and/or funds disability services in the context of increasing demand and in a way which is increasingly unsustainable and significantly challenged in terms of meeting these policy objectives.” Overall there was a requirement “to have incentives to achieve the level of consolidation needed,” he said.

“The HSE is in a position to support an ambitious programme of reform subject to the foregoing and is in the process of putting in place the necessary staffing and expertise that will be required to implement change programmes at provider organisational level.”