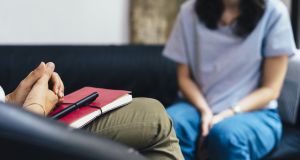 The charity employs 2,500 people and is one of the biggest providers of intellectual disability and mental health services in the country. File photograph: Getty

The Health Service Executive is to assume responsibility for disability and mental health services run by the St John of God charity, due to an “intolerable” financial deficit facing the organisation.

St John of God Community Services, part of the wider SJOG Hospitaller Services Group, is funded by the HSE to provide services to 8,000 children and adults on behalf of the State.

The charity employs 2,500 people and is one of the biggest providers of intellectual disability and mental health services in the country. It has been grappling with a mounting financial deficit in recent years, citing underfunding from the HSE.

On Wednesday the organisation notified the HSE that it had decided to cease running the majority of its healthcare services, due to the funding crisis, and would transfer responsibility to the HSE over a 12-month period.

In a letter to staff, seen by The Irish Times, chief executive Clare Dempsey said the organisation’s financial deficit had reached €37.7 million.

The HSE and Government had “failed to respond to our many appeals to address our financial crisis” over recent months, she said.

“We simply can no longer continue with this intolerable situation, that despite the best endeavours of staff, has so frequently compromised the services and supports we aim to provide to people,” she wrote.

“This is a seismic step that we have taken with the heaviest of hearts, as it goes against what we want to do and what we have tried to do for almost a century.”

The organisation had advised the HSE in February it would be forced to walk away from running services unless its current funding shortfall and accumulated deficit was addressed.

Following the onset of the coronavirus pandemic the organisation agreed it would defer any immediate decision on terminating its contract.

In recent weeks the organisation wrote to Taoiseach Micheál Martin, Tánaiste Leo Varadkar, Minister for Health Stephen Donnelly and other Cabinet members “to alert them to the seriousness of the current situation”. Minister of State for Disability Anne Rabbitte met with officials from the organisation in recent days.

“I deeply regret to have to inform you that the HSE and the Government have failed to respond to our many appeals to address our financial crisis. Consequently, the board has had no alternative but to instruct me to issue to the HSE today, 12 months’ notice of the termination of our contract,” Ms Dempsey told staff.

The deficit would be almost €54 million if not for contributions from the SJOG religious order of €16 million to subsidise services over recent years, she said.

It is expected the 2,500 staff “will be protected” as services are transferred to the Health Service Executive, or another provider contracted by the State, the letter said.

In a letter sent to the families of patients and residents, Ms Dempsey said she understood the news would cause “distress”.

The organisation has sought an urgent meeting with the Health Service Executive to discuss the handover, she said. “Our desire and intention is that there will be no immediate changes in respect of the services as they are currently provided but it must be understood that this is entirely dependent on the HSE providing sufficient funding over the 12-month period,” the letter noted.

A HSE spokeswoman said SJOG services “will continue to be provided without disruption” and it wished to work with the organisation “in order to resolve the sustainability challenges that have been raised”.