‘Before Covid everything had been masked by schools - breakfast clubs, school meals’ 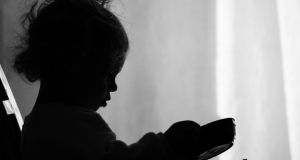 Karen Kiernan said One Family had “never dealt with the amount of food and hunger issues” and at every meeting she attended since March people have talked about “food and hunger”. Photograph:iStock

The level of food poverty and hunger a leading single parents’ organisation has seen in the last six months has been “tragic”, its chief executive has warned.

Karen Kiernan said One Family had “never dealt with the amount of food and hunger issues” and at every meeting she attended since March people have talked about “food and hunger”.

“Everywhere people with children were talking about families being hungry. They have had bigger food bills because the children were at home.

“Before Covid everything had been masked by schools - breakfast clubs, school meals. It was incredible. We have never, as a small organisation, dealt with the amount food and hunger issues as we have. There has been really, really tragic stuff.”

Ms Kiernan, who was speaking at an online conference, Tackling Child Poverty Before and After Covid-19, hosted by the Society of St Vincent de Paul said many NGOs had to fund-raise during the lockdown to buy food. “That’s what we were doing in One Family,” she said.

She said though the last government had set a target of lifting 100,000 children out of poverty by this year “it was never going to be achieved…there were never any structures put in place to ensure that would happen…but it was helpful to have a target”.

During Covid there had been a “real sense” for the first time that Government departments were engaging with the NGO sector on child poverty.

“That’s now starting to change and there’s a retraction. We are worried because some of the social welfare supports are being reduced and cut back, and conditionality is being introduced particularly for lone parents who cannot work, because they don’t have childcare. This is a loophole we are really concerned about. We need to talk about this more,” she said.

Satwat Rehman, director of One Parent Family Scotland, said following the incorporation of the UN Convention of the Rights of the Child into Scottish law NGOs were exploring how Article 27 could be enforced.

It guarantees “the right of every child to a standard of living adequate for the child’s physical, mental, spiritual, moral and social development”.

And while parents have the main responsibility for these needs, it says the State “shall take appropriate measures to assist parents and others responsible for the child…particularly with regard to nutrition, clothing and housing”.

Quoting from a Scottish Government document on tackling child poverty, she said: “It is clear when a family has less financial resources, when they face substandard service provision, when the streets they walk are less safe than other parts of town, when their homes are cramped and putting food on the table is a struggle, meeting all the needs of a child can be challenging”.

A narrative was emerging in Scotland, she said, “across lots of policy areas which recognises the impact of poverty and a lack of money on families and how that impacts on lots of other things”.

Ms Kiernan said valuable work on the costs of a minimum essential standard of living had been done by the Vincentian Partnership. “But we are not yet seeing that adopted at any policy level.”