‘Heavy onus’ on Coombe to provide information on mother’s death 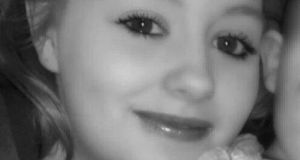 There was a “heavy onus” on the master of the Coombe maternity hospital, Dublin, to ensure all information relating to the death of a young mother a week after she had given birth there, is provided to her inquest, a coroner has warned.

Kildare coroner Dr Denis Cusack said it would be “very poor” if his court did not have all the information it needed to conduct the inquest into the death of Karen McEvoy (24). She died in Naas General Hospital on December 25th last of suspected sepsis. She had given birth to a healthy girl on December 18th.

Dr Cusack said Dr Sharon Sheehan, master of Coombe, was the “most senior” person responsible for services at the Coombe and so had a particular duty “to ensure any information” necessary was furnished to the court.

He was speaking at a preliminary hearing on Monday during which it emerged a report by the Dublin Midlands Hospital Group (DMHG), into her death was nearing completion.

A draft of its findings has been provided to the HSE and to Ms McEvoy’s partner, Barry Kelly, but her parents Margaret McEvoy and Alan Kilbey have not seen it.* While Mr Kelly had been interviewed for the DMHG investigation, Ms McEvoy’s parents had not.

Karen McEvoy (24), originally from Tallaght but living at the time of her death with her partner and children just outside Blessington, died of suspected sepsis at Naas General Hospital on December 25th, 2018. She had given birth to a daughter at Coombe Women and Infants Hospital in Dublin on December 18th.

Dr Cusack on Monday refused an application from Ms McEvoy’s parents for an order that the HSE investigation be released to them.

Elise Martin-Vignerte BL, for Ms McEvoy’s parents said “if only one party at the inquest [has] access to the report we think this could be a breach of fairness of the procedure”.

Dr Cusack said the inquest would be the “primary” investigation in Ms McEvoy’s death and the HSE report was “unlikely to be pertinent” to it.

However, one “properly interested party” had not been invited by the HSE to participate in its report.

“There’s more than one next of kin family. This is a matter that needs to be discussed between those persons and the Midlands Hospital Group.”

He said if there were witnesses before the court who had “also given information, and I call it information not evidence, to another inquiry that somehow they may have overlooked or inadvertently omitted [in depositions to the inquest] they must certainly put in, or are invited to put in a supplemental statement to the coroner’s court”.

He did not want to conclude the inquest in April and then find later “another report comes out with information that was not before the coroner’s court, because it should be . . .That would be very poor”.

“I am putting everyone on notice that this court expects all of the relevant information to be before the court, if necessary by supplemental statement,” he said.

“In particular I would expect the master of the Coombe, who has clinical and responsibility for the services, if something comes out of that by way of information, I think there is a heavy onus on the master – the most senior clinician responsible – to ensure any information that came to light is put forward in a separate statement.”

He granted applications to add two witnesses to the list, bringing the total number to be called to 16. The midwife present at the birth on December 18th and the midwife who discharged Ms McEvoy the following day will also be called.

Turning to Ms McEvoy’s family Dr Cusack said Christmas was likely to “very difficult” for them.

The inquest into her death will take place on April 6th and 7th, 2020.