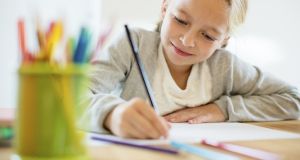 While it is already known girls spend more time studying generally, the change in family structure from two parents to a single parent family exposes clear differences in time use between the sexes. Photograph: iStock

Data also shows mothers significantly increase the amount of time spent with their children in the immediate aftermath of separation although this slowly reduces.

Father’s time increases slightly but not to the same extent as mothers.

The findings of a study on how parental breakups affect the ways in which children spend their time were presented by Dr Pablo Gracia, Assistant Professor of Sociology at Trinity College Dublin, at a seminar in the Economic and Social Research Institute in Dublin on Thursday.

It is based on an analysis of detailed Australian data , the longitudinal Growing Up In Australia research project, and focuses on information relating to children aged between four and 14 years.

“Probably the most relevant issues of the study are related to the very clear differences between boys and girls,” Dr Gracia said.

“Girls are increasing much more their time alone...this time is much more concentrated on educational activities [as compared to boys].”

He said while it is already known girls spend more time studying generally, the change in family structure from two parents to a single parent family exposes clear differences in time use between the sexes.

While the amount of alone time spent in educational pursuits increases for both boys and girls there is a sharper increase for the latter.

“Boys are increasing also their screen time...such as using mobile phones, playing video games, watching TV and especially this time without the presence of parents.”

The research, which was conducted in partnership with Tomas Cano of Goethe University, aims to understand how parental separation affects childhood development outcomes.

“There are interesting studies especially in psychology showing that...boys are more likely to be, at least in the short run, affected negatively by the transition towards a single parent family,” Dr Gracia said.

“Boys are on average more negatively affected by divorce in terms of their educational outcomes but also some...behavioural problems and related psycho-sociological indicators.”