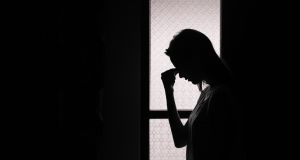 ‘I am already totally stretched financially. Where am I going to find an extra €400 a month? I’ll have to give up work,’ says one single mother. Photograph: iStock

Some of the “poorest single parents” could be forced to give up work as changes to the subsidised childcare programmes, due to take effect from October, will see some lose up to €80 a week.

This is because the Community Childcare Subvention programme she and her son are currently entitled to is, along with other childcare schemes, being phased out from October. A new “streamlined” National Childcare Scheme was announced in last October’s budget by Minister for Children Katherine Zappone to replace all current schemes.

Under this new scheme the single mother mentioned above will be entitled only to support for 17 hours per week of after-school care for her son, at a rate of €3.75 per hour.

However, her childcare provider charges €850 a month for school drop-off, pick-up and after-school. The mother starts work at 8am. So the amount she will have to pay from her own pocket will increase from €125-€270 per month to up to €595 a month.

“I am already totally stretched financially. Where am I going to find an extra €400 a month? I’ll have to give up work. It’s ridiculous. It’s soul-destroying because I love my job,” she said.

Louise Bayliss, co-founder of Spark (Single Parents Acting for the Rights of Our Kids), said the department was aware of the “enormous and devastating” impact the changes would have on the “poorest single parents”.

“But they seem determined to press ahead anyway because these vulnerable families are a minority. It really is absolutely appalling and goes against everything the Government says it is trying to do to tackle child poverty.

“We already know poverty among these families has deteriorated and this is going to make things even worse.”

A spokeswoman for the department said: “There may be a small number of cases where a family who is currently receiving the maximum amount of financial support for full-time childcare under an existing programme may receive less under the National Childcare Scheme.

“All parents can remain on their existing subvention payments until August 2020 unless they choose to switch to the new scheme. This means the lady in question can continue to receive her current level of subvention for the next 16 months.”

Early Childhood Ireland, which represents childcare providers, said it understood that “a small percentage of parents and families will see a potential reduction in their current subsidies under the new scheme. [We] will continue to urge Government to address this.

“The organisation also has concerns about the 17-hour level for after-school envisaged by the new scheme. We are also continuing to seek feedback from our members about circumstances in which parents or families will be negatively impacted, and this will be a key focus of our Budget 2020 submission.”