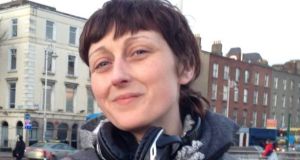 A vigil for the late Dara Quigley will take place outside Leinster House on Friday.

A vigil for the late journalist and blogger Dara Quigley is to take place outside Leinster House on Friday evening.

Ms Quigley (36) took her own life on April 12th, five days after she had been detained by gardaí under the Mental Health Act. She had been walking naked in a Dublin street when detained.

A Garda CCTV video of her detention was posted on Facebook shortly before her death.

Ms Quigley’s family said their distress over Dara’s death had been compounded by the publication of her name on several websites on Wednesday and have appealed for privacy to allow them grieve for a daughter and sister.

The posting of the video online was egregious and deeply hurtful to Dara’s family, they said.

The vigil has been organised by Ms Quigley’s family who said they want to demand from the Government and better services for people stuggling with mental health problems.

Ms Quigley’s family have criticised the lack of integrated response to those with a dual diagnosis of mental illness and addiction.

“While Dara received help from many agencies, what was available was simply not sufficient. The lack of funding, facilities, and co-ordination between the psychiatric sector and addiction services contributed to this.

“She and many others needed an integrated coherent service where psychiatric and addiction problems are treated together in a professional and properly funded manner. We also deserve a Garda force that respects and upholds the rights of the most vulnerable in society,” the family said.