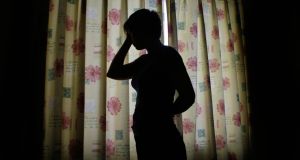 The HSE failed to provide a life-saving termination to a young, suicidal asylum seeker and held her against her will, court documents state. Photograph: Niall Carson/PA Wire.

The HSE failed to provide “a life-saving termination” to a young, suicidal asylum seeker, held her against her will and sought court orders about her treatment in a breach of the woman’s human rights, court documents state.

The young woman, who became known as Ms Y, has served a statement of claim against the HSE and six other defendants, including the Irish Family Planning Association (IFPA), Spirasi and the Minister for Justice.

She arrived in Ireland in March 2014 seeking asylum and discovered she was pregnant during a medical about a week after. She said she had been raped in her own country and was suicidal because of the pregnancy.

She was referred to the IFPA and advised that due to the costs and her legal status, accessing an abortion in England would be difficult.

She alleges the IFPA “negligently” failed to assist her in accessing an abortion. She became “increasingly distressed, isolated, desperate, frustrated and suicidal” as a result.

She was moved to a second direct provision centre in July and accessed a GP on July 17th, 2014, where, now 22 weeks pregnant, she expressed “a wish to die rather than continue with the pregnancy”, she states.

She was referred for psychiatric assessment on July 23rd, 2014, admitted to hospital with “suicidal ideation” and transferred to a maternity hospital.

She was not afforded her rights to an assessment under the Protection of Life During Pregnancy Act, she says, but was told it was “too late” for a termination.

She “expressed her unwillingness to remain” in hospital and was “threatened . . . that if she did not stay . . . she would be involuntarily detained [under] the Mental Health Act 2001.”

“She was wrongfully and unlawfully detained,” says the claim.

Ms Y began refusing food and fluids. HSE staff then “administered two doses of Dexamethasone . . . a steroid used to stimulate fetal lung maturation” and “failed to inform” her what it was for. This was “trespass” on her person, “assault” and “breach of [her] bodily autonomy”.

However, on July 31st, 2014, she was told legal advice was being sought, the claim says. On August 2nd, 2014, the HSE “wrongfully and without any lawful basis” sought “various orders” in the High Court about ending the pregnancy “without advising [her] of such an application nor arranging for her to be provided with legal representation”.

The HSE “wrongfully and without any lawful basis”, given that Ms Y was a “competent adult with full capacity”, sought an order to “forcibly rehydrate” her.

An interim order was granted, until August 5th, 2014, at which point the HSE withdrew its application and a plan was put in place to deliver the child the next day by Caesarean section.

Two further doses of Dexamenthasone were administered to “optimise the chances of survival” of the unborn. As the reason for the injections was “not fully explained” to Ms Y, “she failed to provide a free and fully informed consent”.

A C-section was performed on August 6th and the baby was taken into emergency care.

These were “caused solely by the negligence, breach of duty, trespass to the person, assault and battery, false imprisonment . . . reckless and intentional infliction of emotional harm and suffering . . . and failure to vindicate” her rights under the Constitution and the European Convention on Human Rights.

One defendant has served a full defence, while others have raised questions. Ms Y’s solicitor hopes a date for hearing will be set for early 2018.