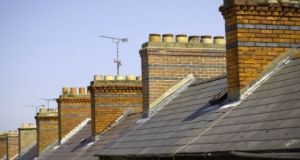 Threshold said it is important that tenants knows there is a national service to negotiate on their behalf.

A group of Brazilian students living in a Dublin house-share have been told they must vacate their home this weekend despite the Government’s extension of the moratorium on on evictions.

The four students, who live in Blackrock and rent a two-bedroom house through the GL accommodation agency, were told in mid-June they had to move out by the end of the month because they had failed to pay the house rent in full.

There had been seven students living in the house – three in one bedroom and four in another. However, three residents moved out during the pandemic leaving the four remaining students to cover the missing rent, a cost they were unable to cover.

“When I moved into this house no one told me it was a full house contract, I was just told I would pay for my room,” Carine Queiroz told The Irish Times. “I sent messages to the agency looking for clarity but they didn’t respond.”

Ms Queiroz, who is from Brazil, moved into the house in March after she lost her job as a live-in au-pair because of lockdown. She now works in Centra and has been paying her rent through one of her housemates who liaises with the housing agency.

“I’m worried and confused. It’s very unfair, I never thought this would happen when I moved in.”

The housing agency contacted Ms Queiroz’s housemate on June 16th accusing the tenants of failing to pay the rent in full. In a message seen by The Irish Times, a representative for GL accommodation told the students as their former housemates’ rent had not been covered it would be deducted from the deposit.

“You asked for a rent reduction, which was denied by the landlord to stay in the house, because he received a lot of complaints from the condominium and you did not pay the rent correctly,” said the message.

The GL accommodation group did not respond to a request for comment.

A spokesman for the Department of Housing confirmed that the moratorium on rent increases and evictions, which was due to expire on June 27th, had been extended till July 20th so that “people can stay in their homes during this emergency period”.

“The RTB ( Residential Tenancies Board) encourages landlords and tenants to engage early if issues arise and keep lines of communicatio open, and to be mindful of the challenges arising as a result of this Covid-19 emergency period,” said the spokesman.

“Anybody who is experiencing difficulties with their tenancy should note that services are available through the RTB and national housing charity, Threshold, which operates the tenancy protection service.”

Threshold chief executive John-Mark McCafferty said “various illegal evictions” had occurred during the pandemic despite the moratorium on rent increases or evictions. The charity has also encountered a number of tenants, who like Ms Queiroz, have been asked to cover rent for housemates after they moved back in with parents during the pandemic, said Mr McCafferty.

“What we’ve been saying is for people to go back to their landlord and renegotiate their rent, stating that this is clearly a very different economic situation to before Covid-19. We’ve been asking for stability from landlords.”

He also expressed concern that some of the most vulnerable tenants were unaware of services offered by Threshold and the RTB.

“It’s really important that everyone knows there is a national service not only to advise but to negotiate on their behalf. The moratorium has been all-important in getting some stability for people at a time of extreme uncertainty for many renters. All renters should be protected until July 20th and after that they need a notice period.”

1 How fraudsters used lockdown to lure Irish victims into boats and caravans scam
2 Miriam Lord: Minister for Agriculture tries to get himself out of the manure
3 Driver whose car ‘rolled nine metres’ into front of other vehicle loses rear-ending claim
4 Garda detective charged with making death threats against ex-partner
5 Martin criticises ‘over-focus’ on Border poll ahead of Foster meeting
Real news has value SUBSCRIBE