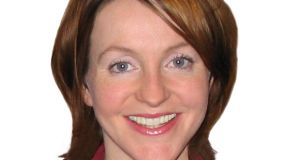 Three Dublin hotels have cancelled anti-abortion events this week due to online campaigns from pro-choice activists, according to the organising groups.

Meanwhile, pro-choice groups have said a number of venues have also canclled meetings they had organised, citing political concerns.

Niamh Uí Bhriain of the anti-abortion Life Institute said her organisation, in association with another anti-abortion group, Unbroken, had booked conference facilities in the Gibson Hotel in the IFSC for an event due to be held on Thursday evening.

The event involves women who have been raped or were born as a result of rape to speaking the topic of abortion.

“At the end of last week The Gibson rang and said the event was cancelled. We were pretty shocked,” Ms Uí Bhriain said.

She alleged pro-choice activists engaged in online “abuse” of hotel staff to force the cancellation of the events.

She said the hotel had told her “it was afraid of abortion protesters and of what it would mean for the hotel. They were afraid for the safety of the hotel and the staff. We tried to persuade them but they weren’t persuaded”.

Ms Uí Bhriain said the event was then moved to the Spencer Hotel, also in the IFSC, and that the organisers warned the hotel it might get complaints. She said the Spencer cancelled the event three days later, citing abuse and intimidation its staff members were receiving online.

She said activists tracked down the personal social media accounts of hotel staff to object to the event.

“I can actually understand where they [the hotel] are coming from, the staff were intimidated.”

A spokeswoman for The Spencer refused to say if its staff had received threats or intimidation and said it would not publicly discuss a private contract.

The Gibson has yet to respond to requests for comment.

The Irish Hotels Federation said “from time to time” hotels may decide to cancel an event because of the risk of protest.

“As a matter of course hotels carry out risk assessments on all events taking place on their premises relating to health and safety and potential disruption in the hotel. From time to time these assessments can establish that risks exist and an individual hotel may cancel a booking,” a spokeswoman said.

Ms Uí Bhriain said the event will go ahead on Thursday night outside the Spencer Hotel where the organisers will use loudspeakers to broadcast the speakers. They have not obtained permission from the authorities for the gathering.

Ms Uí Bhriain also complained that posters around Trinity College advertising the Unbroken event were taken down by pro-choice activists.

Separately, another anti-abortion group, Human Life International, has complained that the Ashling Hotel on Parkgate Street in Dublin refused to host an event it planned for this Saturday on the alleged health consequences of abortion.

“We had booked it a number of weeks ago, we had put a significant amount of money into advertising,” the group’s executive director Patrick McCrystal said. “Folks who advocated a pro-abortion viewpoint started to contact the hotel. The manager himself said there were diatribes, intimidation, threats, to such a degree that he had no choice but to cancel.”

He said he believes the hotel was not making a judgement on the content of the conference and that it was acting in the interests of staff safety.

“We bear them no animosity or ill-will,” he said.

Mr McCrystal said the alleged threats against the hotel were “a despicable attack on democracy, free speech, reasonable debate and dialogue”.

He said his group was publicly calling on the Garda to investigate alleged threats against hotels which have cancelled anti-abortion events.

The Ashling Hotel has also been asked for comment.

In the last month, organisers of three ‘Repeal the 8th’ meetings in Dublin had to find alternative venues after managers withdrew permission for their meetings , citing “objections” to the subject matter or saying they did not allow “political meetings”.

In Tallaght this week, People Before Profit councillor Emma Hendrick said she had to find a new venue for a meeting she had organised for Monday night, after management at the Kilnamanagh Family Recreation Centre called her that morning to cancel it.

“I booked the room for the meeting August 23rd over the phone, for September 25th. I told them it was a People Before Profit meeting. Then because I knew a few people had had their meetings cancelled on the northside I physically called in to the centre about a week after. I said, ‘This meeting is for Repeal the 8th. Is that going to be a problem?’ The woman said it wouldn’t and showed me the room. On the Wednesday we put up posters around the area and leafleted around Kilnamanagh.

“On Monday morning I got a call from a gentleman at the centre who said the centre didn’t host political meetings. I asked him why I hadn’t been told this before and he said he had only just found out about the meeting.”

The meeting was moved to St Kevin’s Family Resource Centre in Kilnamanagh.

When contacted, a spokeswoman for Kinamanagh Family Recreation Centre said: “We don’t want to talk about that.”

In Raheny on Dublin’s northside, Solidarity councillor Michael O’Brien said he had to find a new venue for a meeting on September 21st, when management at the Grange Woodbine community centre cancelled his booking for the meeting.

He said he booked the function room a number of weeks previously, making clear the meeting was pro-choice.

“We put posters up around the areas the Friday before, advertised it on Facebook and two days before I got a call from the bar manager saying there had been objections and the meeting couldn’t go ahead. He was sound about it. Just said he had to cancel it.”

The meeting was held at alternative venue in the area on the same night.

When contacted club chairman Derek Farrell said he had “nothing to do with bookings for the bar. But to my knowledge they don’t allow any political meetings in the bar, no matter who is holding it.”

Cllr O’Brien said he has held meetings there in the past. “There seems to have been a problem with the subject for the meeting.”

In Ashtown, Dublin a meeting planned by Solidarity TD, Ruth Coppinger, was cancelled by the manager of the Douglas and Kaldi cafe in early September, the day before it was to take place. Ms Coppinger says she made it “absolutely clear” what the meeting was about when booking.

Aileen Kelleher, owner of the cafe, said she had not known the meeting was political and cancelled it when this was drawn to her attention. “We don’t allow political meetings,” she said. The meeting was held elsewhere.

Ms Coppinger said the cancellation of pro-choice meetings amounted to a “sinister type of community policing”.

Pro-choice groups in Galway, Sligo and Cork have also reported difficulties getting venues for meetings.

In the Dáil on Thursday, Sinn Fein TD Peadar Tóibín claimed members of a political party tore down posters advertising a public meeting of rape survivors who either regretted abortions or who gave birth.

Raising the issue of hotels cancelling the provision of rooms for public meetings of anti-abortion groups, Mr Tóibín said the group put posters up around the city “and a political party in this chamber had its members go around and tear them down.

“The members publicised their activities on Facebook and said these women who are rape survivors were offensive to them and they therefore chopped up the posters.”

“These are rape survivors and they have been silenced, censored and shouted down. If it were any other group of people, there would be outrage in this chamber and in the media, yet we are dealing only with silence.”

Minister for Education Richard Bruton agreed and said it was “vital as we come to debate an issue that has been extremely divisive in our community over many years, that people are treated respect on all sides”.

Mr Bruton acknowledged there were “very strongly held views on all sides about this” and it was an issue that people found it hard to be restrained about.

“However if we are to make mature decisions on this, the public must be given an opportunity to hear the arguments on both sides.”

He said he agreed with Mr Tóibín “that we need to find a way for people to have their voices heard without being shouted down”.

Otherwise, the Minister said, “people will be branded into one area or camp or another and will not have a chance to sift through what are genuine arguments that must be reconciled in this debate”.

Elsewhere, a group of Oireachtas staff have announced their intention to take part in the annual pro-choice march which is also scheduled for Saturday.

It will be the first major pro-choice event since Taoiseach Leo Varadkar indicated the referendum on repealing the 8th Amendment to the Constitution will take place in either May of June of 2018.

A spokeswoman for Oireachtas Staff for Choice said it was set up “to give a voice to those of us who work in the Oireachtas and care about a pregnant person’s right to choose.”