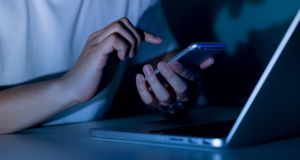 Nearly two thirds of the 500 people surveyed in Ireland said physical appearance and religion were the main drivers for online attacks. Photograph: iStock

Ireland is trailing far behind the UK in its efforts to curtail online attacks and cyber-bullying according to a study of how well people behave online and the safety implications of online hate crimes.

Ireland is listed 12th out of 25 countries in Microsoft’s latest digital civility index which ranks how civil people behave online. The UK is listed number one for its efforts to promote online civility and safety followed by the Netherlands in second place and Denmark in third.

Ireland also ranked lower than Malaysia, the United States, Canada, France, Singapore, Belgium, Italy and Indonesia in the index. South Africa, Peru and Colombia were found to have the worst record for online civility.

Nearly two thirds of the 500 people surveyed in Ireland said physical appearance and religion were the main drivers for online attacks, while a quarter of respondents said people were attacked for their sexual orientation. Some 26 per cent of people said the online attacks they had experienced were racially motivated while 21 per cent said they were driven by political beliefs.

The research, which was conducted among 12,520 teenagers and adults across 25 countries, found two thirds of teens had experienced online abuse while more than half of the people surveyed said they had met their online attacker in real life.

Young people aged between 18-34 were found to be the most at risk group with 81 per reporting having experienced online abuse.

Some 81 per cent of women felt online attacks were a problem compared to 67 per cent of men.

Researchers also found online attacks are becoming more frequent with 35 per cent of respondents saying they’d been exposed to an online risk in the month before the study was carried out. Nine out of ten respondents said they’d “suffered pain from online risks”.

Despite the high numbers of young people reporting online abuse, researchers found 46 per cent of Irish teenagers said they had turned to their parents for help when faced with online issues while 66 per cent said they knew where to find help.

“The more we educate young people about internet safety, the more teenagers will ask for help to deal with online risks,” said Microsoft Ireland managing director Cathriona Hallahan, adding that it cannot be taken for granted that everyone has a safe or positive experience online.

Microsoft has published four common-sense principles which, they say, all internet users should adhere to. These include pausing before replying to things you disagree with online or stopping yourself from sending a post that could hurt someone, damage their reputation or threaten their safety.

Q and A: what is this controversy about hand sanitiser? 19:53
Cyclist in his 60s dies after road collision in Co Cork 19:43
Covid-19: Public urged to ‘stay at home’ as 1,025 further cases confirmed in State 18:25
Ireland suspends extradition treaty with Hong Kong over security law 18:23
Selling PPE as an excuse to keep businesses open ‘not lawful’, Varadkar says 18:10